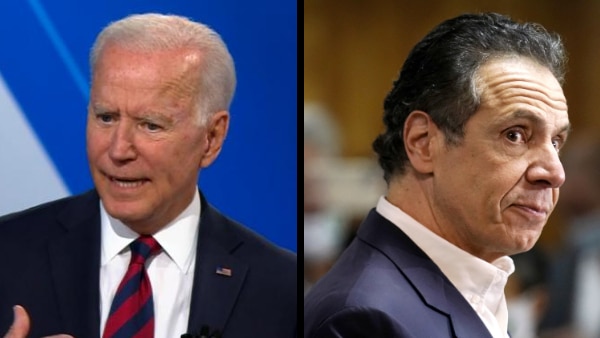 Back in March, Biden had said that if the allegations of sexual harassment against Cuomo were confirmed, then the governor should leave office. When asked this week if he maintained that stance, Biden responded, “Yes.”

“Let’s take one thing at a time here. I think he should resign,” Biden added. “I understand the state legislature may decide to impeach. I don’t know that for a fact.”

According to the results of the independent investigation, which James oversaw, Cuomo engaged in “unwanted groping, kissing, and hugging.” The report also states that the governor made inappropriate remarks toward staffers and oversaw a workplace culture “rife with fear and intimidation.”

The 165-page report includes interviews with witnesses and victims who suffered in Cuomo’s toxic work environment.

On March 1, Cuomo’s office made a referral to James’s office regarding the allegations. Under New York state law, the governor can direct the attorney general to conduct an investigation into matters concerning the public peace, safety, and justice.

In response to the bombshell findings in James’s report, Cuomo released a video statement in which he defended himself. Cuomo said he often uses physical touch as a sign of warmth, explaining he learned such gestures from his family and adding, “I do it with everyone.”

Regardless of his explanation, the evidence shows Cuomo made several women uncomfortable and was an abusive boss.

Read more about President Biden’s call for Cuomo to resign at Fox News.