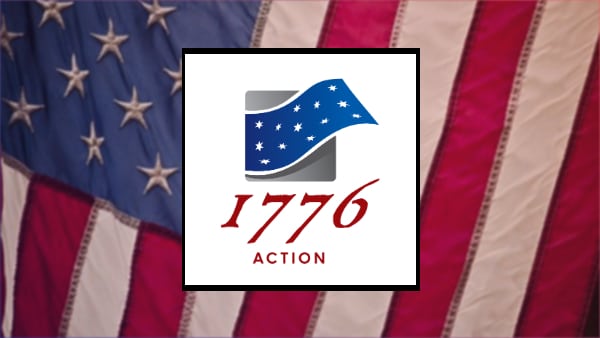 Critical race theory (CRT) was never meant to be confined to the classroom. As Derrick Bell, the so-called “godfather” of the CRT movement, once wrote, “It is our hope that scholarly resistance will lay the groundwork for wide-scale resistance. We believe that standards and institutions created by and fortifying white power ought to be resisted.”

In other words, CRT isn’t just an academic theory; it’s real-world activism. But the fight to defeat this nefarious campaign must be waged in the classroom, where pro-CRT instructors are instilling in American students a hatred for their country.

Ending CRT in K-12 education is the way to stop the disease, not just its symptoms, and to prevent future generations from perpetuating an anti-American ideology that advocates a far-left agenda opposed to America’s founding principles.

Fortunately, some are rising to the moment to defend America and stop CRT’s advance. At the forefront of this patriotic effort is 1776 Action, an advocacy group dedicated to “stopping the anti-American indoctrination of our children and grandchildren.”

To that end, 1776 Action has a Citizen Pledge for ordinary Americans, who believe in honest and patriotic education, to promise to replace officials who promote CRT with people “who respect our history, our values, our rights, and the God-given dignity of every person.”

The group also has a Candidate Pledge for those seeking or currently holding office. Those who sign commit to restoring “honest, patriotic education that cultivates in our children a profound love for our country” and to promoting a curriculum that “teaches that all children are created equal, have equal moral value under God, our Constitution, and the law, and are members of a national community united by our founding principles.”

I was privileged to speak to 1776 Action’s founder, Adam Waldeck, on this week’s episode of my podcast, “Newt’s World.” In what I consider a deeply important conversation, we discuss in detail CRT, what Waldeck is doing at 1776 Action, and what’s at stake for the US if the radical left wins this contest for the hearts and minds of America’s youth.

One of the key battlegrounds of this effort is Loudoun County, Virginia, where the school system has tried to impose aspects of CRT. The district’s former superintendent, Eric Williams, for example, acknowledged in an email obtained by Fox News that “some of the principles related to race as a social construct and the sharing of stories of racism, racialized oppression, etc. that we are encouraging through the Action Plan to Combat Systemic Racism, in some of our professional learning modules, and our use of instructional resources on the Social Justice standards, do align with the ideology of CRT [emphasis his].”

Parents in Loudoun County disagree. In recent months, several have loudly and publicly denounced CRT at school board meetings. More parents across the country need to speak up with just as much force, making clear that they don’t want their kids being divided along racial lines.

While actions by politicians at the top are necessary, the real fight against CRT must take place the local level, with the help of courageous and patriotic parents who are concerned about their kids’ education and the future of their country.