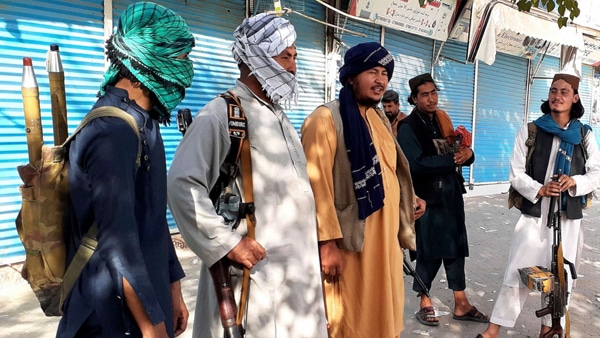 Afghanistan will once again be a hub for Islamist terrorism — exactly what the U.S. sought to prevent by invading in the first place.

As the Taliban conquers Afghanistan with alarming speed, the Biden administration looks ever shameful — and naïve.

According to the Foundation for Defense of Democracies (FDD), a prominent think tank based in Washington, the Taliban currently controls 242 of Afghanistan’s districts and is contesting 100 others, while the Afghan government controls a mere 65.

U.S. intelligence thinks the capital, Kabul, could fall to the Taliban’s jihadists in as soon as a month. Tellingly, China is preparing to recognize the Taliban as the legitimate ruler of Afghanistan if it topples the country’s Western-backed government. Such a move would not only be symbolic of the Taliban’s victory but also undermine whatever little leverage the Biden administration retains in Afghanistan.

What’s been so striking is the speed with which the Taliban has seized districts and provincial capitals in just the last few months. On Thursday, the jihadist insurgents took Kandahar City, the country’s second largest city, after besieging it for more than two months.

Not coincidentally, this rapid rampage followed President Biden’s announcement in April that all America troops would be out of Afghanistan by Sept. 11, the 20th anniversary of the 9/11 terrorist attacks, regardless of conditions on the ground.

Last month, Biden reiterated his intention to withdraw every American soldier from Afghanistan by September. He might as well have sent the Taliban’s leadership a handwritten letter: “Be patient, we’ll be gone soon, and then Afghanistan is yours.”

The Taliban didn’t even have the courtesy to wait. But courtesy isn’t the Taliban’s specialty. An organization committed to Islamist fundamentalism and supremacism that is closely allied with al Qaeda is cruel and brutal.

And now the Biden administration and the American people are going to have to stomach images of men who throw acid in little girls’ faces for trying to go to school marching victorious through the streets of Kabul. Not to mention, Afghanistan will once again be a hub for Islamist terrorism — exactly what the U.S. sought to prevent by invading in the first place.

As Afghanistan burns along with 20 years of American sacrifice, the Biden administration seems indifferent. The most it could muster is a readout saying Secretary of State Antony Blinken and Secretary of Defense Lloyd Austin told Afghan President Ashraf Ghani in a call this week that the U.S. “remains invested in the security and stability of Afghanistan.”

Of course, they no longer care. They just want out. Last month, Biden himself called the conflict in Afghanistan an “unwinnable war” that “does not have a military solution.”

The Taliban disagrees, however, and seems to be doing just fine with a military solution. So too does the Afghan government, which also recognizes (unlike the Biden administration) that diplomacy means little if the other side is the only one with boots on the ground and guns in people’s faces.

The United States has spent the last 20 years in Afghanistan. Thousands of Americans have died, thousands more have been wounded, and billions if not trillions of dollars have been spent (depending on the estimate). And now the Taliban is going to take over in a matter of months, erasing any American accomplishments in the blink of an eye. This is pathetic.

It’s fitting that President Biden’s hard deadline for withdrawing all American troops from Afghanistan is September, the 20th anniversary of the 9/11 terrorist attacks. After all, 9/11 is what brought us to Afghanistan in the first place, and now we’re setting up Afghanistan to return to its pre-9/11 state: with the Taliban in power, brutalizing the Afghan people, and providing al Qaeda a safe haven.

It’s poetic really, bringing America’s longest ever war full circle — until, of course, America is debating whether to return some years from now.