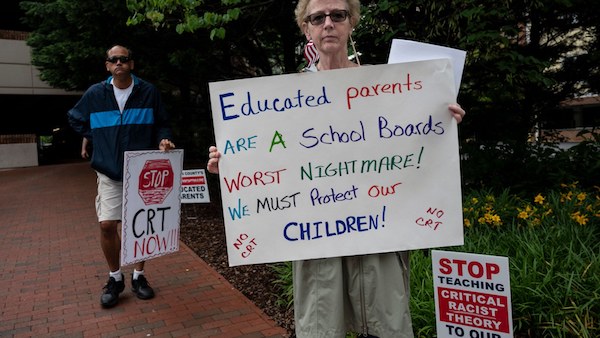 Last week, we asked readers: "How should parents who oppose Critical Race Theory in public schools respond if it becomes part of their children's curriculum?" A total of 751 respondents voiced their opinions on this important issue.

Just over half of voters believe the solution is to "remove children from public schools in favor of private, religious or home schooling" with 51 percent of the vote (383 readers).

The second-most selected option was "Run candidates and work to take control of local school boards" with 44.72 percent (336 readers).

Just 3.73 percent believe parents should "teach their views at home without interfering at school" (28 readers). Finally, .53 percent of voters had "no opinion" on the question (4 readers).

The debate over schools teaching Critical Race Theory has become widely discussed this past year. Many parents worry about the foundations of its teachings that are based on America being inherently racist and removing aspects of our country's history.

President Biden seems to have no problem promoting Critical Race Theory. CRT stands as another example of anti-American sentiment being spread by the woke left. Parents must stand up for patriotic values so that the next generation can lead well.

How should parents respond if CRT becomes part of their children's curriculum?