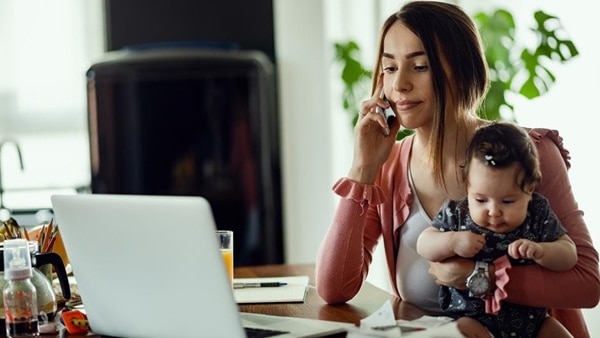 As Americans gather today to relax and enjoy Labor Day with their family and friends, it is a good time to reflect on what this traditional holiday means to working Americans in the 21st century.

The legislation which made Labor Day a national holiday was signed into law by President Grover Cleveland in 1894. It was created during a time of rapid industrialization and economic growth, as much of the United States shifted from an agricultural to industrial economy. This period of change created many challenges for working Americans as they had to learn new skills and work long hours.

The past year-and-a-half has also presented many challenges and changes for working Americans. The threat of a global pandemic reshaped work in ways we could not have imagined even a few years ago.

According to the U.S. Bureau of Labor Statistics, roughly 25 percent of employed Americans worked from home in 2019, and 50 percent had hybrid schedules. In 2020, the Bureau found the number of Americans working from home nearly doubled to 42 percent.

Even now, with 53 percent of Americans fully vaccinated, roughly 60 million Americans are working from home full- or part-time. Offices are downsizing their workspaces and adopting hybrid work models. And some are shifting away from physical offices altogether in favor of holding in-person meetings at coffee shops, restaurants, and other public spaces when necessary. At the height of the pandemic, 76 percent of American CEOs said they were considering shrinking their office spaces, according to a September 2020 survey by Fortune and Deloitte.

As a result, families all over the country are uncertain about what their daily routines and employment will be even a year from now. At the same time, they are striving to balance work and private life when their offices are down the hall rather than down the street.

However, Americans have adapted. Citing a recent Goldman Sachs Inc. study, Bloomberg reported: “Since the crisis began, annualized growth in output per hour has risen 3.1%, compared with 1.4% in the previous business cycle, Goldman economists wrote in a note. ‘Stronger productivity growth has been one of the silver linings of the pandemic,’ they said.”

Through telework and video conferencing, Americans have demonstrated that we can get the job done, despite tremendous obstacles.

So, this Labor Day we encourage you to pause and reflect on the successes of the past year, the challenges that remain, and the many opportunities ahead.

We wish you a happy Labor Day!