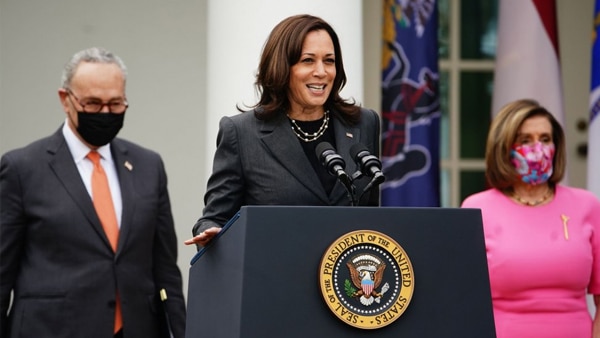 Chuck Schumer, Nancy Pelosi and Kamala Harris are working desperately to impose on the whole country the kind of Big Government Socialist bills that have given their states massive homelessness, huge unemployment, and frightening levels of violence and crime.

Big Government Socialism has been tried at the state level and it has failed spectacularly.

Stephen Moore, an economist working with the Committee to Unleash Prosperity, offered conclusive proof that Big Government Socialism is a disaster with real consequences for people and the economy in his remarkably useful newsletter “the Unleash Prosperity Hotline” (issue 374). 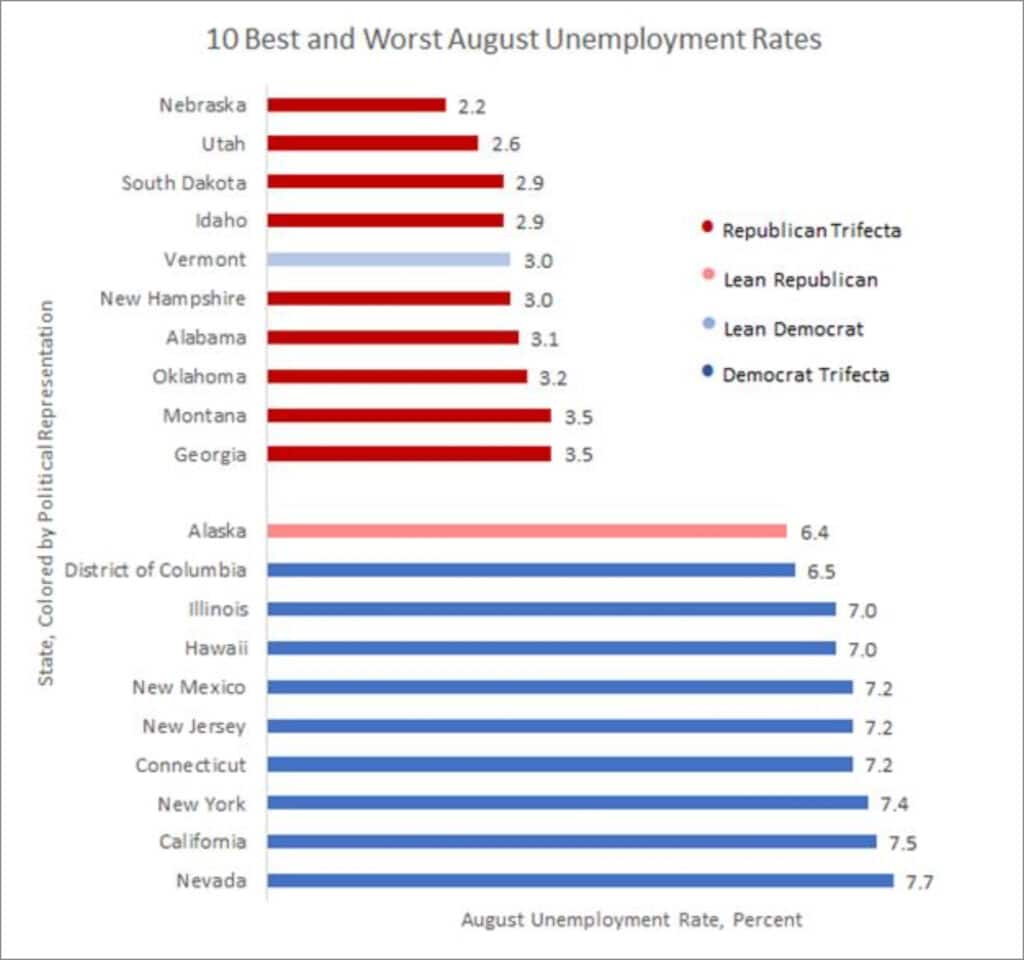 Moore compared states run by Republicans with states run by Democrats. The above chart from Moore’s newsletter proves the gap between Republican policies of jobs and economic growth and Democratic policies of big government, union domination, corruption, regulation, and an anti-business, anti-jobs attitude.

Note that the only non-red state in the top job creating list is Vermont — which has a Republican governor.

The red states consistently have lower taxes, less government spending, less bureaucracy, and fewer regulations. Republican-run states also have a pattern of honoring businessmen and women, valuing entrepreneurship and hard work, and expecting people to do their share to create better lives and a better state.

In Omaha, they also have a deep tradition of enforcing the law. When the Black Lives Matter riots broke out, Omaha had an immediate and aggressive response to the violence and looting. By contrast, nearby Lincoln, Nebraska – which has a Big Government Socialist Democratic mayor – failed to enforce the law. While Lincoln is one-fourth the size of Omaha, it had 10 times as much damage from looting. In fact, the difference in law enforcement (and radical woke-think) led the long-time Democratic Douglas County Attorney Don Kleine to switch parties and become a Republican. As he said to me, “there are no moderate Democrats left.”

By contrast many of the highest unemployment blue states also have some of the highest murder rates. Crime, taxes, red tape, overbearing bureaucracy, and corruption all drive jobs out of a state. Those states are almost always run by Big Government Socialist Democrats.

The power of big government ideology, government employee unions (including the teachers), and the corruption and incompetence which metastasizes when governments outgrow the control of their citizens all lead to higher unemployment and slower job growth.

The amazing thing is that Moore’s chart, as definitive as it is, has almost no impact on Big Government Socialist mayors, city councils, state legislators, and governors.

And this kind of evidence seems to have no impact on the reporters and editorial boards in the states and cities which are being cheated by their politicians and bureaucracies.

When you realize that the Nevada, California, and New York unemployment rates are 3.4 times higher than Nebraska’s you would think that delegations would come from those states to try to understand the miracle happening in Missouri. Instead, what we get is scorn for “flyover country” from the supposedly sophisticated elites in New York City, Los Angeles, and San Francisco who are certain they know much more than non-coastal people.

Sadly for Americans, the Speaker of the House and the Vice President come from the state with the second highest unemployment while the Senate Majority Leader comes from the state with the third highest unemployment. They are working desperately to impose on the whole country the kind of Big Government Socialist bills that have given their states massive homelessness, huge unemployment, and frightening levels of violence and crime.

There is an old saying that misery loves company, but this is ridiculous.

Call your representative and senators and urge them to vote “no” on the Bernie Sanders Big Government Socialist bills which would cripple America economically and spiritually.

And then go to the Unleash Prosperity Hotline and sign up.