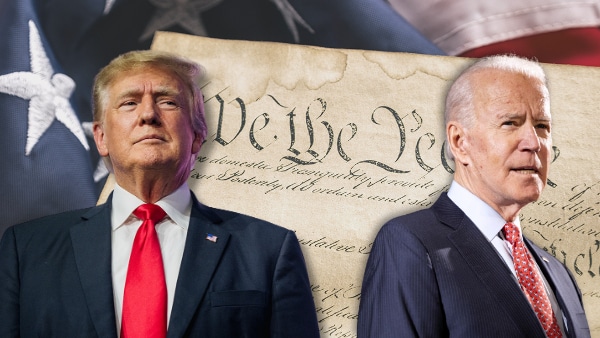 President Trump was right when he said that Biden would not uphold the Constitution. Biden is wrong in issuing executive orders that are blatantly unconstitutional.

During the 2020 presidential campaign, then-candidate Joe Biden claimed the electorate would have the opportunity to end President Trump’s assault on the rule of law. Now, President Biden is six months into his presidency and he is openly defying the constitutional checks and balances that he swore to uphold. At the end of July, the national eviction moratorium ended without congressional approval to extend it. The Biden administration is extending the eviction moratorium through an executive order. In June, the U.S. Supreme Court allowed the Centers for Disease Control and Prevention moratorium to stay in place with a 5-4 decision in Alabama Association of Realtors vs. Department of Health and Human Services. Justice Brett Kavanaugh wrote that the CDC “exceeded its existing statutory authority” yet allowed the unlawful eviction moratorium to remain in place despite admitting that it is unconstitutional.

The media constantly criticized President Donald Trump for his alleged disregard of the law. Major news outlets such as The Washington Post and CNN are instead congratulating the Biden administration for disregarding the judicial and legislative branches. Speaker Nancy Pelosi could not pass legislation in the House, therefore she pressured President Biden to unilaterally use his executive authority.

President Trump was right when he said that Biden would not uphold the Constitution. Biden is wrong in issuing executive orders that are blatantly unconstitutional.