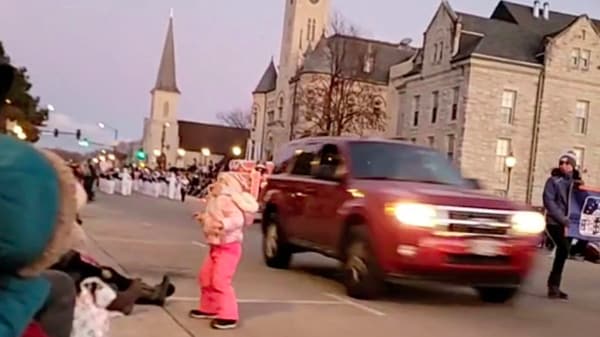 The willful avoidance of facts and deliberate obscuring of what happened in Waukesha, Wisconsin is a low point in American journalism nationally. The journalists involved should be ashamed of themselves.

The willful avoidance of facts and deliberate obscuring of what happened in Waukesha, Wisconsin is a low point in American journalism nationally.

It is stunning how much the propaganda media distorted and misreported the massacre at the Christmas parade last week.

Here are the facts: The alleged killer, Darrell Brooks Jr., is an African American who was previously released from jail on an “inappropriately low bail” after reportedly running over the mother of his child with a car. He has openly talked about using a vehicle to kill people and posted anti-white racism on social media. On Nov. 21, he reportedly used his car to murder six people and maim more than 60 others (including children and senior citizens).

The amazing thing is that this was not the work of one or two news outlets. Consider this deafening repetition of false and misleading headlines:

“After SUV slammed into Wis. Parade and killed 5, driver to be charged with homicide” (The Washington Post, Nov. 22)

Read these headlines and ask yourself: Was this a crash or an intentionally malicious act of violence? Did the SUV drive into the crowd and murder or maim people, or did the person driving it? Is that person a “crash suspect” or a suspected mass murderer?

The propaganda media (as the mouthpiece of the left) seems on the verge of calling for SUV control akin to gun control. The SUV only did what its homicidal driver wanted it to do. But recognizing that the driver is an African American with a criminal history who spouts racism on social media appears politically unacceptable. Saying so would have destroyed years of carefully convincing people of the left’s vision of a “systemically racist” white America preying upon innocent African American victims.

The headlines were just the start. News outlets also took to Twitter.

“Waukesha will hold a moment of silence today, marking one week since a car drove through a city Christmas parade, killing six people and injuring scores of others.” Here, on Nov. 28, CNN asserted that “a car” drove through the parade as though it weren’t being driven by a person.

Similarly, The Washington Post withdrew a tweet after it absurdly posted, “Here’s what we know so far on the sequence of events that led to the Waukesha tragedy caused by a SUV.” Again, the newspaper suggested this “tragedy” – not mass murder or a massacre – was “caused by a SUV.” It can’t be an individual held to account, because that violates the spirit of collective guilt and societal causation at the heart of the left’s worldview.

On television, MSNBC’s Rachel Maddow spent an entire segment on the horrific attack without mentioning Brooks once. She only referred to him as “the suspect.” MSNBC didn’t put his mugshot on screen during the segment.

On the day of the attack, Maddow reported, “A red SUV inexplicably sped into the parade route and then directly into people marching in the parade and people watching on the sidewalk.”

Note, she said, “inexplicably sped into the parade route.” What a lie. The vehicle was deliberately driven at a high speed by a man who had recently used a car to attack someone. Of course, that is a narrative Maddow could never accept.

Only after all the national false coverage, the truth began to come out in local media.

This is a disgraceful an act of deliberate false reporting and misinformation by the national media to protect a political ideology.

The journalists involved should be ashamed of themselves.

The American people should remember this effort to misinform them and protect the narrative of the left at the expense of the truth, respect for the victims, and justice for their families and loved ones.