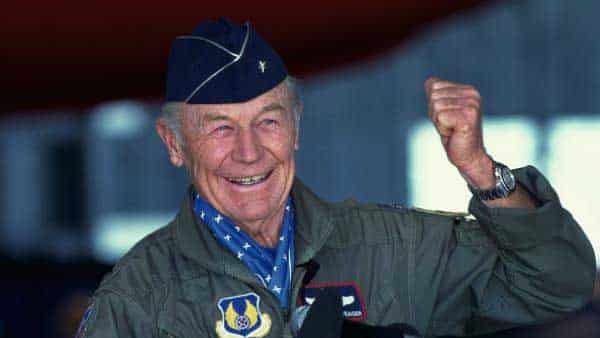 Perhaps the most famous pilot of his generation, General Chuck Yeager is best known for breaking the sound barrier in 1947.  Newt takes a closer look at his life and legacy – and we hear from General Yeager, in his own words.  Part of the Immortals leadership series.