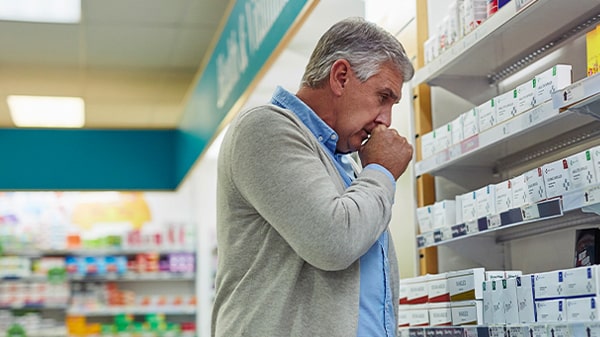 Last week, I wrote that the path back to a balanced budget could not be simple stinginess, but smart reforms that produce long term returns of higher GDP and lower government spending.

For instance, in the 1990s, I helped author four straight balanced budgets, during which we doubled the budget of the National Institutes for Health because we understood that biomedical innovation saves lives and money and grows the economy.

Getting back to a balanced budget today will require a similar approach.

Looking at budget projections, chronic illnesses such as Alzheimer’s, cancer, diabetes, and heart disease are the leading drivers of increased government spending. This spending impact from chronic disease is easiest to see in Medicare and Medicaid, but it also negatively impacts economic growth by removing those afflicted and their caregivers from the workforce. This lowers tax revenue, exacerbating the problem. Clearly, any solution to balance the budget must make smart reforms to tackle this challenge.

It is important to understand that these constellations of illnesses have a common denominator: aging. Smoking increases your risk of getting cancer by a factor of 15. Aging, meanwhile, increases it by a factor of around 100.

We are not used to talking about aging as a risk factor for disease because we do not think of aging as preventable. However, new research suggests this is not exactly true. Recent breakthroughs in science’s understanding of the aging process have shown that with the right treatments, we have the potential to mitigate the loss of resiliency and susceptibility to disease that occurs as we age.

Living a healthy lifestyle is an important part of the equation. But there is also the potential to develop therapies that would allow us to age much healthier. This new class of medicines targeting “cellular aging” would help prevent diseases such as cancer, dementia, and heart disease instead of treating them after they manifest. For the first time, we would have clinically validated medicine that didn’t just add years to our life, but life to our years.

Therapies targeting cellular aging to help Americans age healthier would unlock a “longevity dividend” – the result of lower health care spending on disease and higher economic productivity. Economist Dana Goldman estimates that every 2.2 years of healthy life added to the average American would generate $7.1 trillion in economic returns. This is a conservative estimate. Others such as Andrew Scott suggest the return could be as high as $38 trillion for just one added year.

Investing in aging research to develop therapies to increase healthy longevity is also popular. A recent poll by the Alliance for Longevity Initiatives showed that strong majorities of Americans in both parties support research into treating the cellular aging process as a way to prevent chronic disease. Fifty percent go so far as to say it should be a priority for the U.S. government.

This support would likely be much higher if the budget implications of treating aging were fully explained. The poll showed that conservatives ranked reducing our national debt as the second highest priority for our government. Strengthening our national security was No. 1.

Aging research would benefit both. We can reduce our debt by lowering future Medicare and Medicaid spending by preventing age-related chronic disease. This would also free up resources to ensure we maintain technological superiority over our geopolitical rivals such as China (who has its own robust initiative to research cellular aging).

Congress and the White House can do three things to support biomedical research and the development of therapies to target cellular aging.

First, the Division of Aging Biology within the National Institute on Aging at the National Institutes of Health should get a substantial budget increase. If cellular aging is at the root of multiple chronic diseases, it makes no sense that the division assigned to researching it receives less than 1 percent of NIH funding. This is a misallocation of funds representative of the broader problem in medicine of waiting to treat disease after it occurs rather than preventing it in the first place.

Second, the proposed ARPA-H (which would function like the defense focused DARPA, except on health) should make geroscience (the science of medically treating cellular aging) one of its major focuses. In addition to more resources, a geroscience focus in ARPA-H could allow for more creativity and innovation than the formalized NIH grant process.

Third, Congress should work with the Food and Drug Administration and geroscience researchers to develop a specialized approval pathway for drugs and therapies that target cellular aging. The entire FDA model is based around treating disease. There is not much precedent around how to design an approval process for preventative treatments given the long time horizon of many chronic illnesses. FDA and scientists in the field will need to come to an agreement on surrogate endpoints for cellular aging that serve as a proxy for risk of disease development. This process will take time and more research. It should begin now.

These three steps should be part of any strategic attempt to return to balanced budgets, in addition to being key for America maintaining its competitive geopolitical edge over our adversaries. It is also a potential bipartisan slam dunk that could pass Congress if members understood it better. You can help by writing your Congressman today and letting them know you want them to support aging research.