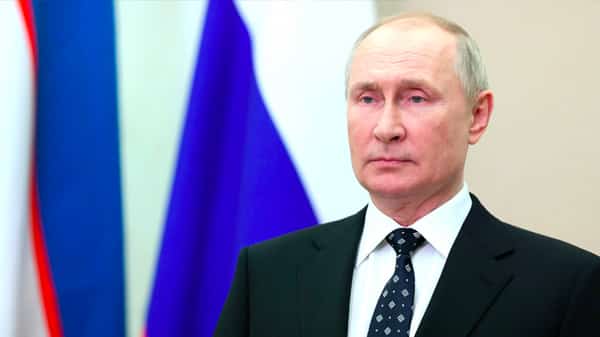 As President Joe Biden prepares to go to Europe, we must recognize that, unless things change, there are likely to be two outcomes to the Russian war on Ukraine – and both are bad for America and the rule of law.

A negotiated settlement with Russia winning will be a disaster for the rule of law. It will be a signal to dictators everywhere that with a weak American President and timid democracies, despots can attack their neighbors with virtual impunity.

Second, Putin’s refusal to negotiate could backfire, and the steadily improving Ukrainian Army could start driving Russian forces back. This would create humiliation for Putin. In that circumstance, Putin could resort to chemical or nuclear weapons to force a Ukrainian surrender. Putin knows American warnings of “red lines” are absurd. After all, that is what the Obama-Biden administration did in 2014 in Syria, and nothing happened.

Either of these outcomes is terrible for the Ukrainian people – and the free societies that believe in the rule of law and international rules-based patterns.

There is an alternative.

President Biden could go to Brussels to announce a strategy for defeating Putin in Ukraine. This should be a narrowly defined victory of driving Russia out of its neighbor.

Since Putin has thousands of nuclear weapons, we should not undertake to drive him from power, because that might make him desperate and lead to a genuine nuclear war. Of course, if he does lose, he may be replaced over the next few years by Russian interests – but that cannot be our goal as outsiders.

The United States could take the position that President George H. W. Bush took with Saddam Hussein’s seizure of Kuwait – “this will not stand.” We could then apply it to driving Putin out of Ukraine while following that precedent and not trying to deal with him in Russia.

Defeating Putin would send the definitive signal that the free nations of the world are prepared to defend the rule of law and decisively defeat those who engage in wars of aggression and commit war crimes against women and children. Dictators around the world would immediately become much more cautious.

There are a series of steps which would make Putin’s defeat likely.

First, the Russian airfields, missile depots, and missile firing sites which are being used to kill civilians should be declared legitimate targets, and the Ukrainians should be given surface-to-surface missiles, cruise missiles, and accurate targeting information to minimize Russian civilian casualties.

For some bizarre reason, the West – including the Ukrainians – have taken the position that Russia gets to hit Ukraine, but Ukraine can only play defense inside its own border. The viciousness and deliberateness of Putin’s targeting of women, children, and civilian facilities requires a far more aggressive response.

Second, the United States should announce the scale of military response which would begin within hours of the Russian use of chemical or nuclear weapons. NATO members should be asked to endorse and support the American declaration, but it should not be watered down to attract the support of timid countries. President Biden has said Putin is a war criminal. So, what does that mean? In the real world, does it matter that Putin is a war criminal? If he compounds his war crimes by using chemical or nuclear weapons, what will be done? The truth is: The Biden administration’s pattern, so far, is talk, talk, and talk some more.

Victor Pinchuk, in a powerful article in the Wall Street Journal, emphasized that “Time is Life.” While the President and his team talk, Ukrainians die. This has been going on for nearly a month. As of yesterday, the Secretary of Defense could not say if the high-altitude surface-to-air missiles had reached Ukraine. And more Ukrainians died. President Biden’s response to President Zelenskyy’s speech on March 16 was revealing.

“We sent Ukraine more security assistance last year — $650 million in weapons, including anti-air and anti-armor equipment before the invasion.”

“And once the war started, we immediately rushed $350 million in additional aid to further address their needs.

“On Saturday, my administration authorized another $200 million to keep a steady flow of weapons and ammunition moving to Ukraine.

“Now I’m once again using my presidential authority to activate — to activate additional security assistance to continue to help Ukraine fend off Russia’s assault — an additional $800 million in assistance.”

I don’t think Biden realized that the “big deal” additional billion dollars is a small share of the billions in weapons and equipment the United States left behind in Afghanistan.

NATO, and especially the United States, should surge in real-time everything the Ukrainians can use and build a communication-based training and advisory program so military professionals from NATO countries can mentor their Ukrainian counterparts from outside the country.

If President Biden has the courage to do what is needed, Putin will be defeated in Ukraine. That is the goal President Biden should take to Brussels this week. We need deeds – not words. As Pinchuk said, “Time is Life.” With every day of talking, more innocent Ukrainians die.

The time to stop it is now.