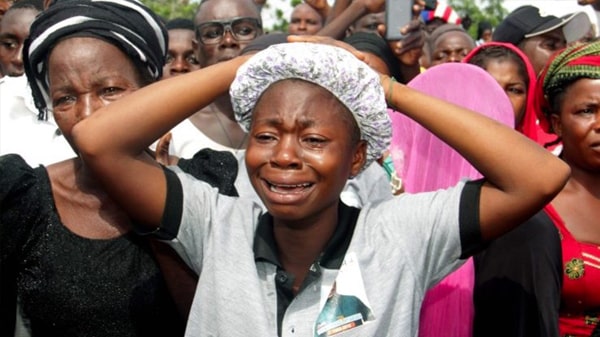 On June 5, gunmen opened fire on worshippers at St. Francis Xavier Catholic Church in Ondo, a southwestern state in Nigeria. At last count, at least 80 people were reported to have been killed in the attack, with many others wounded.

Although it is unclear who is responsible for the massacre, “The attack is undoubtedly terrorist in nature,” according to senior Africa analyst Eric Humphery-Smith in an interview with The Associated Press. “The scale and brutality suggest it was carefully planned rather than impulsive.”

This brutal attack follows the June 2 release of the annual U.S. Department of State Report on International Religious Freedom. Yet to be announced, however, are the State Department’s designations of nations engaging in or tolerating religious persecution. These designations are critical foreign policy tools that uphold and reinforce the U.S. commitment to advancing and defending religious freedom.

However, in November 2021, ahead of a visit to Nigeria, Secretary of State Antony Blinken removed Nigeria’s designation as a CPC and did not include it on the Special Watch List, which the State Department defines as a country that does not “meet all of the CPC criteria but engages in or tolerates severe violations of religious freedom.”

For defenders of religious freedom, this decision by the Biden administration was an outrage.

Former Representative Frank Wolf, a champion of religious freedom, said of the decision, “It’s a victory for the terrorists – it’s a defeat for anyone concerned with human rights and religious freedom.”

Similarly “appalled” at Blinken’s removal of Nigeria from the CPC list was the U.S. Commission on International Religious Freedom, which was created by the International Religious Freedom Act to provide policy recommendations to the government. The Commission urged the State Department to consult the “facts presented in its own reporting” and “reconsider its designations.”

Secretary Blinken should heed the Commission’s advice this time around.

Since 2009, the Commission has recommended that Nigeria be designated as a CPC, and in its latest Annual Report, advised that the designation be reinstated.

Nigeria is Africa’s most populous country, with 53.5 percent of its people identifying as Muslim and 45.9 percent identifying as Christian. Nigeria is also one of the most dangerous countries on the continent.

Religious tension is a driving factor of violence in Nigeria. However, criminal activity, terrorism, violent clashes over resources (particularly between the majority Muslim Fulani herdsmen and Christians), and ethnic tensions also contribute to the horrific killings, kidnappings, and brutality plaguing Nigerian communities.

Some of the world’s deadliest and most formidable jihadist groups operate in Nigeria. According to the State Department Report, “Terrorist groups, including Boko Haram and ISIS-West Africa (ISIS-WA), attacked population centers and religious targets, including churches and mosques.”

As Christian Association of Nigeria President Reverend Samson Ayokunle explained, kidnappings are a source of profit for criminals and religious institutions are targeted. Ayokunle said that terrorist groups are “ferociously attacking churches, killing worshippers, and kidnapping for ransom … these criminal acts have become a lucrative business.”

Of additional concern are the 12 northern states that enforce Islamic Shari’a laws alongside customary and civil laws. As the State Department Report affirmed, “In some states with sharia penal codes, blasphemy or religious insult is a crime that may incur a fine, imprisonment, or in some cases, the death penalty.”

Citing multiple sources, the State Department further confirmed that the Nigerian government has not done enough to quell the violence.

The religious component of the violence in Nigeria cannot be dismissed. This fear inhibits the ability of Nigerians to worship freely.

Last weekend’s attack in Ondo state, which is known for being one of the most peaceful states in Nigeria, raised concerns that the violence is spreading.

For the United States to remain the world’s leading champion and defender of religious freedom, Secretary Blinken and the Biden administration must redesignate Nigeria as a Country of Particular Concern.