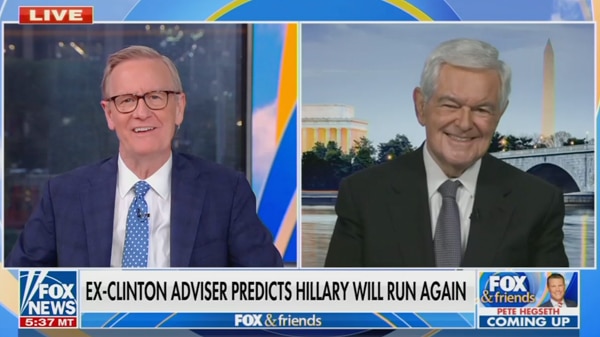 Look, I think the Republican will gain seats in the senate just as I think they will gain a lot of seats in the house. I think these two races are great examples of why. Mandela Barnes is, in fact, remarkably left wing pro-criminal anti-public safety. Not just anti-police. Remember, if you are sufficiently antipolice, you are against public safety. Meanwhile John Fetterman has a long record of voting to release murderers often is the only person on the parole board who would vote to release a particular murderer. Philadelphia has just set a record for carjackings and it’s only the beginning of October. 70% of Philadelphians say their biggest issue is physical safety and crime. Fetterman, of course is, pro-criminal and anti-safety. So, in both those states, crime is a huge issue. And the radicalism of the Democrats a huge issue. And I think in both states Republicans are going to end up winning.

Look, anything is possible, and the Clintons certainly have a big enough ego that deciding to run again for president wouldn’t be impossible. On the other hand, you could also have Michelle Obama decide to run for president which would set up an interesting race. I don’t count Biden out yet. I think Biden finally got a really good job. He likes being president at least on the days that he remembers it. And I don’t think he is going to voluntarily quit. And, among Democrats, his numbers aren’t nearly as bad as they are with Independence and Republicans. So, you know, I think it could be a brawl. But I think the real question for the Democrats will be do they even stop and think if they get beaten badly this fall? And it’s not clear to me right now that they have the energy inside the party to do anything except stay on the left. If that happens, it’s going to throw the presidency away in 2024.