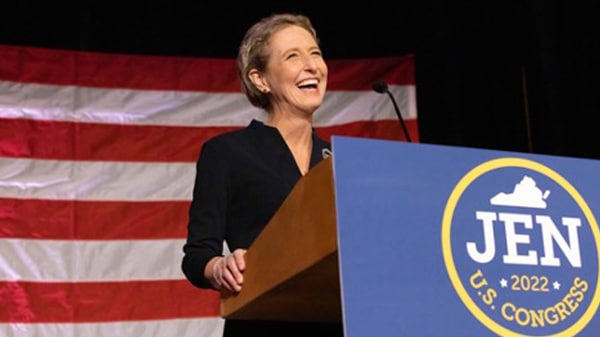 Republican victories in the U.S. House and U.S. Senate on Tuesday mark an important change in the direction of our country.

The incoming Republican House majority has made a Commitment to America to shrink inflation, grow American prosperity, reduce crime, control the border, reign in run-away government, and meet a host of other important goals.

Control of the Senate is yet to be determined and will likely (once again) come down to a December runoff in Georgia.

But regardless of how the Senate goes, veterans should be optimistic.

Veterans will likely have a greater voice in Congress than they have in a decade. In all, 196 veterans earned their parties’ nominations for House or Senate seats this year. This was the highest number of veterans to seek office in the last 10 years. Nearly two-thirds of them (128) ran as Republicans.

So far, 69 Republican veterans and 23 Democrat veterans have won their elections for House or Senate – with some 20 races still being settled. Many of the veteran incumbents will return to their jobs on Jan. 3, but there are many new faces as well.

Perhaps the most well-known veteran to join the 118th Congress is Sen.-Elect J.D. Vance. A U.S. Marine Corps. veteran who fought in the Iraq War, Vance will be the next junior senator from Ohio. As he wrote in his best-selling memoir “Hillbilly Elegy,” Vance was driven to public service to help renew America’s middle class. He will work on cutting spending and inflation, returning America to energy independence, and renewing our manufacturing base.

Anna Paulina Luna won in Florida’s 13th Congressional District. Luna served in the U.S. Air Force as a way to pull herself out of a life surrounded by poverty, substance abuse, and crime. She will join a growing number of conservative Latinas in Congress and will focus on securing the border, making our communities safer by supporting law enforcement and first responders, and, of course, improving veterans’ services.

Virginia’s 2nd Congressional District will be represented by Jen Kiggans, a U.S. Navy helicopter pilot who served two deployments in the Persian Gulf. As a nurse practitioner, Kiggans plans to work on reforming our health care system (including for veterans), prioritizing national security, and rebuilding the economy.

And there are many others.

The veterans of the 118th Congress have dedicated their lives to defending our nation’s values, first as members of our armed forces, and now as members of Congress. This Veterans Day, we thank them and all veterans for their service.