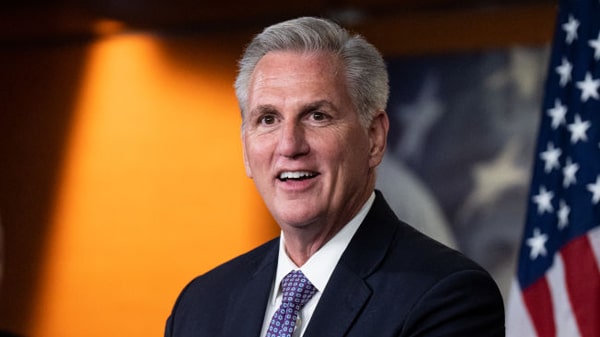 For the 20 deranged disrupters causing pain to their own party, the chaos in the House seems to be an enjoyable hobby.

Happy New Year. We had a great New Year’s weekend. Callista and I were with our children and grandchildren for New Years in Key Biscayne, Fla. I watched the astonishing University of Georgia’s come from behind victory over Ohio State (winning the fourth quarter 18-3 to gain a 1-point victory in the last 54 seconds). Then I watched with great happiness as Aaron Rogers and the Green Bay Packers proved the Pack was back with a resounding 41-17 win over the Minnesota Vikings.

Then I turned to the sad, frustrating, unsettling business of thinking about the Republican Party, the conservative movement, and the challenges we face.

I am writing this after the House recessed following three failed efforts to elect a speaker. This is a long way from the record for speaker frustration. In 1923 it took nine ballots. Back in 1855 it took 133 ballots and two months to pick a speaker. (The parties were disintegrating under the pressures of slavery and anti-slavery bitterness which ultimately led to the Civil War). However, in the age of television, the frustration and pressures build more rapidly. There is no easy answer to the current disaster. By a little better than 10:1, 202 House GOP members have stayed with Kevin McCarthy through three ballots, while only 20 have voted against him.

In a normal, healthy political party, you would think that a 10:1 margin would be definitive.

However, for the 20 deranged disrupters causing pain to their own party, the chaos seems to be an enjoyable hobby. It is a little like watching someone burn down their own home so they can enjoy the fire. You wonder if any of these intransigent members have answered – or even thought about – the question: “And then what?”

Meanwhile, Democrat House Minority Leader Hakim Jeffries, and his extraordinarily effective predecessor, Nancy Pelosi, are happily watching Republicans melt down in front of the entire country like a group of tired toddlers (this will undoubtedly be the most watched speaker election in history).

While the House Republicans seem to be absorbed in infighting, the Senate Republicans seem to be increasingly split between a traditional Republican majority and a Biden-Republican minority. The key bills (which about one–fifth to one–third of Senate Republicans have partnered with Democrats to pass) have been especially painful. The conservative movement and the majority of Republican voters, activists and donors opposed those bills. The reality of the Biden-Republican Senate wing will be obvious as Senate Minority Leader Mitch McConnell and President Joe Biden meet in Kentucky to celebrate the $1.63 billion bridge across the Ohio River which was contained in the nearly $1 trillion infrastructure bill.

Nothing irritates and angers conservatives and traditional Republicans more than watching their elected officials join a bipartisan media event to celebrate taking tens of billions of dollars from taxpayers to spend on politically directed infrastructure.

As the House seems in crisis and the Senate seems to be evolving with a new Biden-Republican swing group, the average Republican is forced to contemplate the potential for the most divisive presidential nominating race since the 1964 Barry Goldwater-Nelson Rockefeller bitterness. That race split the party and led to a disaster (only 32 GOP Senate seats and only 140 House seats). The potential for a bitter Donald Trump vs. never-Trump nominating process is real. The possibility that President Trump would run as a third-party candidate if he lost the nomination is incredibly real.

So, there are a lot of good reasons for rational Republicans and thoughtful conservatives to enter 2023 with a troubling sense. A lot has to be sorted out if we are to save the country from the disasters of Big Government Socialism and wokeism.

Of course, if I get too worried, I can focus on the college championship game and the potential for the Packers to triumph in the playoffs.