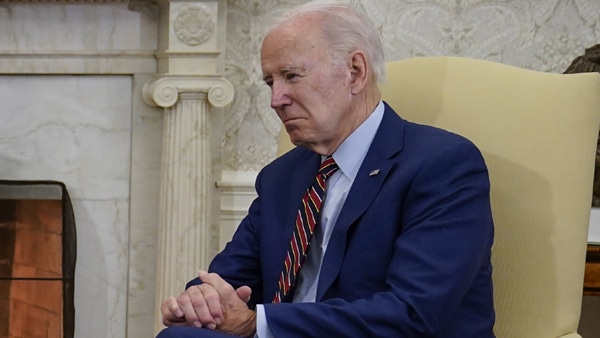 The Biden family is an influence peddling center of corruption worthy of HBO fantasy. Unfortunately for America, it isn’t fiction.

Watching HBO’s “the Sopranos” can really help you understand the Biden family.

Between Hunter Biden’s laptop scandal, and the Bidens’ various shady private-equity schemes with foreign fraudsters, it’s not too hard to make the analogy.

The best example of Bidens’ manipulation of the system for profit surrounds the Biden Center for Diplomacy and Global Engagement at the University of Pennsylvania. The center has given the Bidens remarkable access to Chinese Communist Party money. According to reports in the New York Post, the university, “raked in a total of $54.6 million from 2014 through June 2019 in donations from China, including $23.1 million in anonymous gifts starting in 2016.”

In another report about this flood of money, The Free Beacon said $61 million in Chinese donations went to the university from 2017 to 2020.

The numbers vary because there is virtually no public accountability or transparency about the money trail. It’s a given that Chinese sources aren’t going to share any information. And the University of Pennsylvania is simply refusing to obey the law and report the foreign donations.

I worked with the Trump administration’s Department of Education on this for several years, and we simply could not get the University of Pennsylvania to open its books and explain where all the Chinese money was coming from.

Consider that now-Secretary of State Antony Blinken was the manager of the Penn Biden Center. Several other Biden team members were paid by the University of Pennsylvania in the period between Joe Biden’s vice presidency and presidency.

Meanwhile, in apparent appreciation for setting him up at the center, Joe Biden appointed former University President Amy Gutmann to be U.S. Ambassador to Germany. Similarly, David Cohen, the former chairman of the university’s board of trustees, is now the U.S. Ambassador to Canada.

As Jonathan Turley wrote for the New York Post, the Biden family corruption is exceptional – even for Washington D.C: “Even in a city where influence-peddling is a virtual cottage industry, the Bidens took the corrupt practice to a truly Olympian level,” he said.

Turley asserted that the traditional news media, for some reason, is still bending over backwards to protect the Bidens. The elite media spent months pretending that the laptop fiasco was Russian propaganda. They have repeatedly parroted Joe Biden’s claim that he doesn’t know anything about Hunter Biden’s business dealings.

But it’s all not true. As Turley pointed out:

“Dozens of emails, pictures and witness accounts prove the president was not just aware but a possible beneficiary of this corruption. His personal interactions with his son’s business associates include at least 19 visits to the White House by Hunter’s partner, Eric Schwerin, alone from 2009 to 2015, when Biden was vice president.

“Emails on Hunter’s laptop make repeated reference to not only Joe’s knowledge but efforts to hide his involvement. … Emails used code names for Joe Biden such as ‘Celtic’ or ‘the big guy.’ In one, ‘the big guy’ is mentioned as possibly receiving a 10% cut on a deal with a Chinese energy firm. There are also references to Hunter paying off his father’s bills from shared accounts.

“Code names, cuts for ‘the big guy’ and millions in mysterious foreign transactions would ordinarily send the media into a frenzy.”

As Turley lays it out, the elite legacy media has become Biden’s – and the larger Democrat Party’s – de facto state media.

The Sopranos would be proud of their Delaware copycats. The Biden family is an influence peddling center of corruption worthy of HBO fantasy. Unfortunately for America, it isn’t fiction.