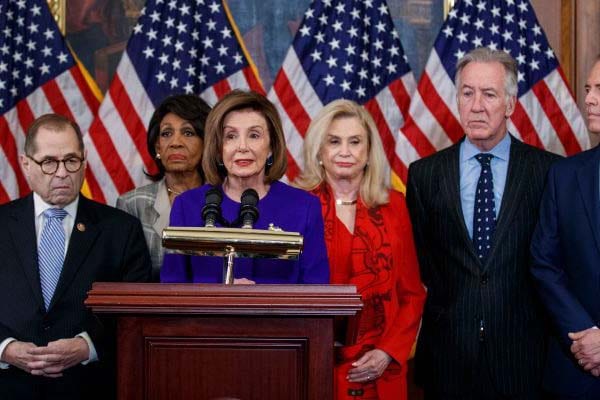 One of the things that led to my rise in Congress was the scandal surrounding Jim Wright, the late Democratic congressman from Texas. In 1989, Wright, then the Speaker of the House, resigned amid an investigation into allegations of ethical impropriety and breaking House rules.

The way that Wright broke the rules sent a clear message: What we’re doing here is about raw power.

In a strange way, Wright’s actions helped me. At the time, I was dealing with a number of calm, moderate, establishment Republicans who had kept saying, “Oh, it can’t really be that bad.”

But two events occurred previously that helped shift this attitude. First, Democrats stole a seat in Indiana in 1985. And then they created two legislative days in one calendar day to drive something through, purely as an act of power.

These events plus the scandal with Wright led an amazing number of these traditional establishment Republicans to come over to me and say, “You’re right. We have no choice. If we don’t defend ourselves and defeat them politically, we’re in trouble.”

Today, we see the same Democratic bid to grasp power — just on steroids. And to make matters worse, the efforts of Democrats today are undergirded by a commitment to a radical, far-left agenda.

This past week, we saw Democrats remove Rep. Marjorie Taylor Greene from her congressional committees, purportedly for embracing conspiracy theories. Of course, we know what Democrats and the media really want: to expel her from Congress. This is obvious to everyone.

A motion to censure Greene in the House would be authentic, but the effort to get rid of her altogether is something we’ve used rarely. In fact, since the Civil War, only two members of the House have been expelled.

The first was Rep. Michael Myers, who was expelled for taking money from undercover FBI agents in 1980. The second was Rep. Jim Traficant, who was expelled in 2002 after he was convicted on 10 counts including bribery, racketeering, and tax evasion.

In other words, both men were guilty of corruption on a pretty grand scale. But with Greene, there’s a real danger of saying to congressional districts their votes don’t really count; the politicians in Washington ultimately get to decide who governs them.

The ruthlessness of the whole affair is quite striking — and troubling.

I believe House Speaker Nancy Pelosi, the one pulling the strings, is behaving as crazy as she is because she’s terrified. She knows Democrats are barely hanging onto their razor-thin majority by a thread, which will break altogether when Republicans regain the majority in 2022. As a result, she and other Democrats are truly acting deranged.

I discuss what the Democrats are up to and much more on this week’s episode of my podcast, “Newt’s World.” My guest is Rep. Devin Nunes, a Republican from California who has been an amazing leader and demonstrated extraordinary courage while in Congress.

Nunes, who grew up farming in California, entered politics because the state’s far-left radicals tried to cut off his community’s water supply in the name of environmentalism. He saw firsthand how supposedly progressive policies devastated California’s agriculture.

Add corrupt governance, sneering elitism, and authoritarian rule since the coronavirus hit, and it’s clear why there’s an effort to recall California Gov. Gavin Newsom. California has become the property of the far-left Democratic machine. And citizens don’t have the ability to challenge the machine, whether they’re Democrats or Republicans.

I hope you listen to this week’s episode to learn how California’s radical, power-hungry politics have come to Washington in full force. Also listen to hear what security threats keep him up at night and his thoughts on Big Tech’s war on conservatives.