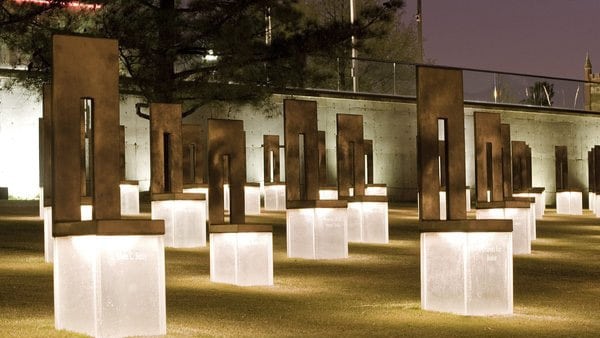 This year marks the 26th anniversary of the bombing of the Alfred P. Murrah Federal Building in Oklahoma City.  On April 19th, 1995, it was one of the most shocking moments of domestic terrorism in the United States history.  It was a tragedy that took the lives of 168 Americans, including 19 children. Newt just recently visited the Oklahoma City National Memorial and Museum and met his guest, Kari Watkins, Executive Director of the Memorial and Museum.

20 years on from Oklahoma City bombing, mother of the lifeless little girl in THAT photo on the day her daughter would have turned 21 – Daily Mail