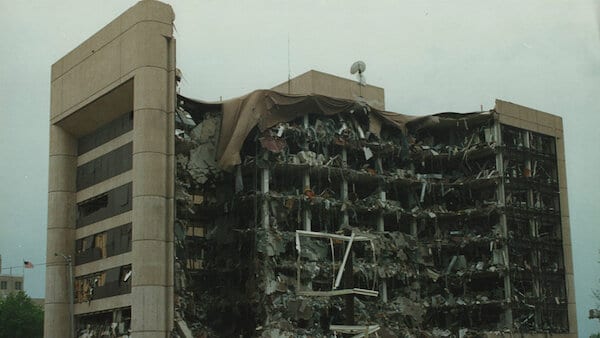 The bombing of the Alfred P. Murrah Federal Building on April 19, 1995 in Oklahoma City is one of the most shocking moments of domestic terrorism in US history.

The ruthless bombing took the lives of 168 Americans, including 19 children. Hundreds more were injured. I vividly remember this tragedy. It occurred early in my term as Speaker of the House of Representatives. As a public leader, there is nothing to prepare you for dealing with and responding to something this horrific.

I remember going to visit the bombing site as Speaker in 1995. I wanted to see the destruction of this horrible attack myself and to meet survivors so I that I could best understand how the Congress could help. It was very different from later attacks and tragedies. We didn’t call the press to tell them I was visiting the site. We wanted to be quiet and respectful to those who survived and those who perished. It was an eerie, sobering experience and one I will never forget.

Back in 1995, Oklahoma City Mayor Ron Norick appointed a 350-member task force to explore ways to remember this tragic event and honor those who were killed.

I just recently visited the Memorial and Museum in March – and I can tell you it perfectly captures the horror of the bombing but also the profound strength and dignity of those who lived and died through it.

It was a remarkable conversation. Watkins walked me through all the various things which were going on in 1995 that led up to the bombing, the capture of Timothy McVeigh (the terrorist responsible for the attack), and what happened in the weeks and months after the bombing.

She also talked with me about how the Memorial and Museum continues to honor those who lost their lives and educate others about this terrible moment in American history. I hope you will listen to the episode and join me in remembering those lost their lives 26 years ago.