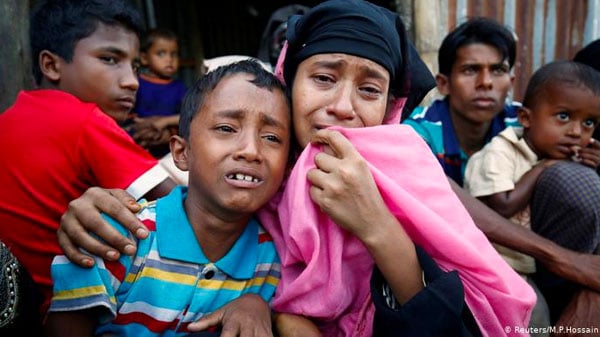 The United States recognizes religious freedom as an unalienable right and is committed to its advancement and protection for all.

As the world’s leading defender of the right to worship freely, the United States strongly condemns and holds accountable those nations and nonstate actors who reject and violate this fundamental freedom.

In support of this mission, on May 12, 2021, the United States Department of State released the 23rd annual Report on International Religious Freedom as required by the International Religious Freedom Act of 1998 (IRFA).  This report describes the status of religious freedom in every country, government policies violating religious beliefs and practices, and U.S. policies to promote religious freedom around the world.  Each year, the report is presented to the U.S. Congress.

With over 80 percent of the world’s population living in countries with high or severe restrictions on the right to worship freely, the Report on International Religious Freedom is an essential tool for governments, religious communities, activists, and others to defend religious freedom.  The recent 2020 report includes nearly 2,400 pages of compiled information from U.S. embassies, foreign government officials, religious groups, nongovernmental organizations, and human rights advocates.

Daniel Nadel, Director of the Office of International Religious Freedom for three consecutive presidential administrations, recently emphasized the following themes that are found in the 2020 report.

First, the criminalization of speech and other forms of expression do not advance “religious harmony” or “combat intolerance.”  Nadel highlighted particular concern about blasphemy laws, regulations of religious attire, and laws that criminalize evangelization and restrict religious education for children.

Second, governments alienate communities through the extreme regulation of religion and religious expression, specifically through registration laws, religious material restrictions, arrests, harassment, and online censorship.  Such excessive oppression, Nadel noted increases the possibility that citizens will use violence in defense of their beliefs.

In addition to the annual report, the IRFA mandates that the president designates any nation that is a severe violator of religious freedom as a “Country of Particular Concern.”  These are countries in which the government has “engaged in or tolerated systematic, ongoing and egregious violations of religious freedom.”

On December 2, 2020, the Trump administration designated Burma, China, Eritrea, Iran, North Korea, Pakistan, Saudi Arabia, Tajikistan, Turkmenistan, and, for the first time, Nigeria, as Countries of Particular Concern.  The Report on International Religious Freedom details the violations of religious freedom taking place in each of these countries.

In Iran, the government increasingly represses religious minorities while supporting religious extremism abroad.  Amendments to the Islamic Penal Code were passed last year which stated that those guilty of “deviant psychological manipulation” or “propaganda contrary to Islam” could face punishments of fines, imprisonment, flogging, or death.

In China, religious freedom and belief threaten the Chinese Communist Party’s total control and authority in the country.  As a result, the Chinese Communist Party continues to persecute people of faith and exert control over religious practices.  According to the report, “The government continued its 2019-2024 campaign of ‘Sinicization’ to bring all religious doctrine and practice in line with CCP doctrine, requiring indoctrination sessions, monitoring religious services, preapproving sermons, and altering religious texts, including, according to media, stories from the life of Jesus, to emphasize loyalty to the CCP and the State.”

Tragically, religious persecution and repression are daily realities around the world.  It is in America’s best interest to champion international religious freedom through foreign policy, diplomacy, and advocacy. The Office of International Religious Freedom’s efforts to hold violators of religious freedom accountable are essential.

The United States has shown time and time again that Americans will not sit back as individuals are killed, jailed, or tortured for their faith.  The Report on International Religious Freedom is a critical tool for governments and activists alike to advance and defend religious freedom around the world.