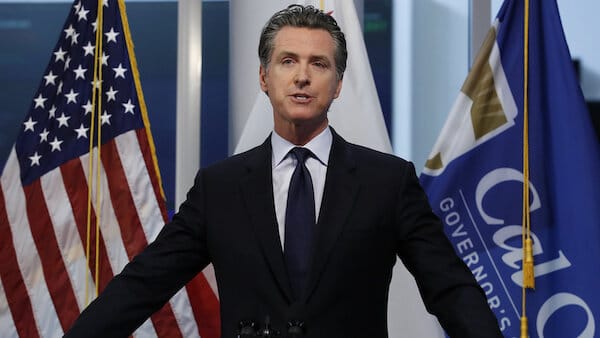 Newsom’s crackdown is another example of his last-minute efforts to combat the September recall.

This week, California Gov. Gavin Newsom announced his new focus on combatting retail theft following a surge of criminal activity. The surge was brought on by the lapse of a 2018 bill barring retail theft. This bill established retail theft as a crime that can be a misdemeanor or a felony.

Recent video footage shows criminals shoplifting in stores without consequence. Incidents like these have become more common as crime and violence grow in California. A video from this week shows two criminals walking out of TJ Maxx in Los Angeles with a large duffle bag of clothing. Another video from last month showed a shoplifter placing items into a trash bag and riding a bike outside a store without an interception.

Newsom’s crackdown is another example of his last-minute efforts to combat the September recall. The bill Newsom signed will create crime task forces to combat theft and work to identify organized theft rings. According to Fox News, these task forces will be centered in San Diego, Orange County, and the San Francisco Bay Area.

The real challenge of California’s theft problem stems from inconsistency. Sources, including NBC Bay Area, have mentioned hesitancy from California lawyers to act strongly in theft cases. The article indicated that the San Francisco District Attorney has routinely dropped or downgraded charges of retail theft.  These choices do not aid in deterring shoplifters from acting in the future.

As Gov. Newsom attempts to play hero for fixing the problems he made, we can only hope that business owners in California can advocate against crime in their stores.