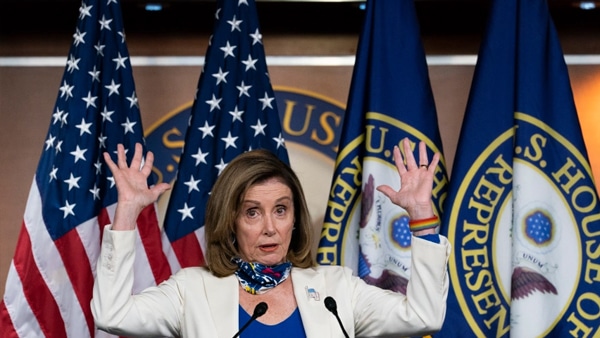 Historians will look back on August 2021 and conclude it was the month the Democratic Party committed suicide and was replaced by the Big Government Socialist Party.

America has seen parties decay and transform before.

The Federalist Party was dominant in 1788 to 1796, electing Presidents George Washington and John Adams. Then the insurgency of Thomas Jefferson created the Democratic-Republican party (today the oldest continuously active political party in the world). The Federalists disappeared within a little over a decade.

The Whig Party emerged in reaction to Andrew Jackson and disappeared when it was unable to cope with the stress of representing both slave- and free-state politicians. Abraham Lincoln, a former Whig, became the first Republican President as that party grew out of the wreckage of the Whigs and the Northern Democratic Party (the Southern Democratic Party became the defender of slavery).

For the last two decades, the combination of Big Government Socialists and woke radicals (with many combining the two value systems) has gradually become the dynamic force that defines the modern Democratic Party.

The 2016 nominating race was a harbinger of the transformation. President Barack Obama had paved the way by governing far more radically than he had campaigned. He had aroused a level of racial tension and big government expansion that was changing America.

Sen. Bernie Sanders sensed the weakness of Secretary Hillary Clinton (who despite all her protestations will go down as the last old-time Democrat to run for president). Sanders knew that the young rejected her, the activists despised her, and the age of big money rolling over populists was over. He ran as an unabashed hard-left candidate (he was openly a Socialist and not a liberal).

Sanders inspired the new generation of hardline firebrands such as Alexandria Ocasio-Cortez and the squad. Suddenly, there was a consistent, noisy, and well publicized pressure group on the left. The traditional Democrats collapsed. In fact, there is a grim, tragic parallel between the collapse of the Afghan government when faced with a militant ruthless force and the collapse of the old Democratic Party when faced with the new radicals.

On Aug. 11, every Senate Democrat voted for a $3.5 trillion (plus) Big Government Socialist Reconciliation Bill.

On Aug. 24, every House Democrat voted for a $3.5 trillion (plus) Big Government Socialist Reconciliation Bill.

This bill (which will take thousands of words to fully outline) is so thoroughly a Big Government Socialist Bill that Democrats who go home and claim to be moderate (such as Conor Lamb running for the Senate in Pennsylvania) will be made to look stupid because they won’t be able to defend their votes.

Sanders, after a lifetime as a Socialist, described the bill (and the earlier $1 trillion non-infrastructure infrastructure bill) as: “let us move forward aggressively to transform this country by passing both the Reconciliation Bill and the Infrastructure Bill.” According to Sanders a “yes” vote is a vote to “aggressively transform America.” Sanders went on to describe the bills as “the most consequential legislation” in almost 90 years (since Franklin Delano Roosevelt and the New Deal). Thus, Sanders argued his colleagues were voting for a bigger bill than Lyndon B. Johnson’s Great Society.

There will be few or no Democrats running against the $3.5 trillion bill anywhere in America. The Democratic Party of FDR and John F. Kennedy will have been submerged by the new wave of Big Government Socialists.

In the general election – if the Republicans can understand and navigate the new reality – the Big Government Socialist Party will be annihilated.

When we asked ticket splitters (without consistent Democrats or Republicans), the numbers were even more astounding. Among independent voters, Free Market Capitalism beat Big Government Socialism 82 percent to 18 percent. The same voters believe that Big Government Socialists are taking over the traditional Democratic Party and now define it (69 percent agree, 31 percent disagree).

The key to the dramatically different results from informal polls is the addition of four words: “free market” before capitalism and “big government” before socialism.

If conservatives and Republicans can learn this six-word pattern – and then master the arguments against big government and for free markets – the 2022 and 2024 elections will be astonishing disasters for the Big Government Socialists.

If that happens, and I think it will, historians will point to August 2021 as the month the Democrats were replaced by Big Government Socialists and the party began collapsing.