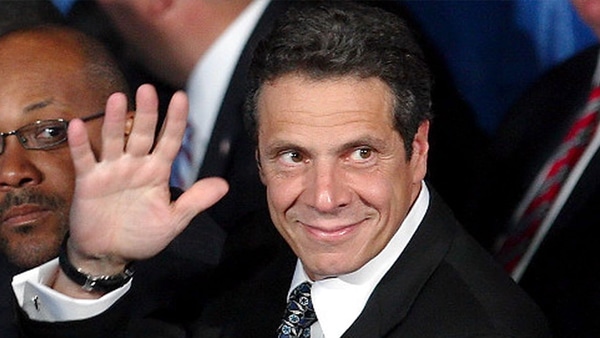 Cuomo’s resignation this week concludes the final chapter of his remarkable year-long rise and fall from hero of the pandemic to sleazy bully responsible for thousands of deaths.

It’s fitting that on Andrew Cuomo’s first full day as the disgraced former governor of New York, his successor acknowledged that the state has suffered nearly 12,000 more deaths from COVID-19 than Cuomo told the public. A man whose governorship was defined by lies and coverups still had more to hide — and was further exposed the moment he wasn’t in power to skew the facts.

“The public deserves a clear, honest picture of what’s happening,” newly minted Gov. Kathy Hochul told NPR. “Whether it’s good or bad, they need to know the truth. And that’s how we restore confidence.”

Good luck with that post-Cuomo, who took the public’s confidence and bullied it, degraded it, inappropriately touched it, and then finally sent it to a nursing home to die.

For a time, however, as the pandemic raged and lockdowns were in full force, Cuomo was flying high as the king of New York. The governor’s candid daily press briefings and forceful action to shut down New York earned him national acclaim. President Biden even called him the “gold standard” for governors.

The adulation reached a nauseating apex in November, when Cuomo received an Emmy award “in recognition of his leadership during the COVID-19 pandemic and his masterful use of television to inform and calm people around the world.”

Naturally, Cuomo used the momentum to publish a self-congratulatory book touting his “leadership” during the pandemic. And, of course, the book contract gave the governor a seven-figure pay day.

But it was all a façade — one built on lies and held together by sleaze.

Cuomo tried to hide the truth, radically underreporting the number of deaths due to COVID-19 in nursing homes. And then in January, New York Attorney General Letitia James released a damning report showing the extent of the damage.

Meanwhile, one by one, women began to come forward accusing Cuomo of sexual harassment — everything from groping to forced kissing to grossly inappropriate comments.

Earlier this month, James released another report concluding that Cuomo sexually harassed at least 11 women, including current and former employees. The report also found that Cuomo oversaw a workplace culture “rife with fear and intimidation.”

Cuomo’s resignation this week concludes the final chapter of his remarkable year-long rise and fall from hero of the pandemic to sleazy bully responsible for thousands of deaths.

More than anything, this story is an indictment of the mainstream media, which allowed Cuomo to hurt so many people by not doing its job: reporting the facts and holding leaders accountable.

Indeed, for nearly a year, the media lavished praise on Cuomo for his handling of the pandemic. Journalists from the most prestigious publications hailed the governor as a Churchillian figure, leading our nation through unprecedented times.

And no, that’s not an exaggeration: People literally compared Cuomo to Winston Churchill in writing.

Journalists also pushed the prospect of Cuomo running for president. Some even called him our “acting president.”

The media clearly had an agenda: to politicize the pandemic. They wanted to prop up Cuomo and other Democrats actively “fighting” the pandemic with lockdowns while demonizing conservatives like Florida Gov. Ron DeSantis who wanted to open society back up.

Think about it: Does anyone seriously think, all things being equal, Cuomo would’ve received such glowing coverage were he a Republican? Not to mention critics had for months pointed to Cuomo’s nursing homes cover-up and toxic leadership style. It’s not like journalists were unable to dig up these truths in the middle of 2020. They just didn’t want to look until forced.

It’s bad enough when the media’s bias undermines journalistic integrity. But in the case of Cuomo, it enabled a sleazeball to hurt people. Journalism schools should take note: Here is an example of journalistic malpractice of the worst kind.

In his farewell speech on Monday, Cuomo refused to admit any wrongdoing and promised he will be proven right in the years to come. He even had the audacity to blame the media for his downfall.

“I understand that there are moments of intense political pressure and media frenzy that cause a rush to judgment,” he said. “But that is not right. It’s not fair, or sustainable. Facts still matter.”

But will Cuomo or the media learn from this debacle? Not likely.