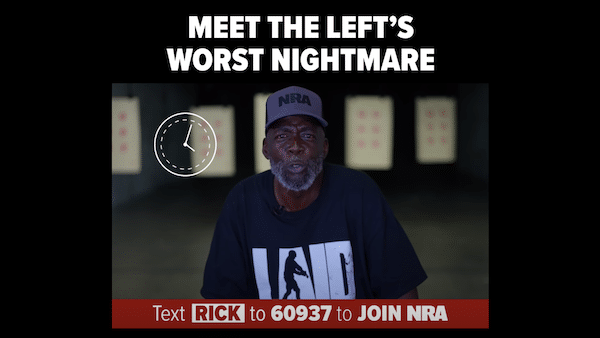 A recent video posted by the National Rifle Association tells the story of Rick Ector, “The Left’s worse nightmare.” Ector, an African American man from Detroit, hosted a two-day event in August, where he helped train 4,000 minority women from Detroit on gun safety and gun use.

In the video, Ector explained how all his life, he was raised to think that guns were bad and were only possessed by criminals. It was not until he was robbed at gunpoint in his own driveway that he realized he needed protection. The suspects fled when Ector lied, saying that there were gun owners inside his home.

As the defund the police movement gains popularity, Ector said that people need to be aware of their Second Amendment right to protect themselves, their loved ones, and their property. In 2020, Detroit shootings increased by 53 percent; Ector also cited the average law enforcement response time as 15 minutes.

As danger increases in America’s cities, Ector’s program showed women the importance of self-protection. Gun safety and training destigmatizes gun use and leaves women feeling empowered and safe. While the left patronizes gun owners it is essential that our rights do not go undefended.