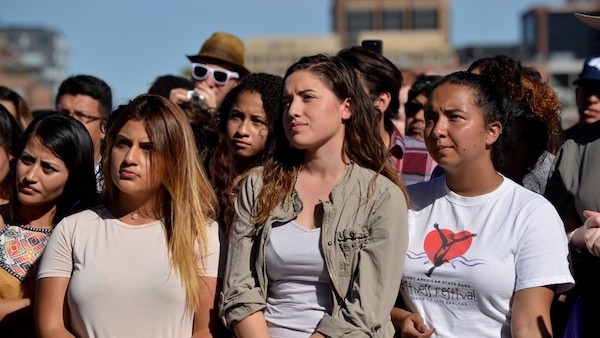 New polls have emerged showing that 54% of Latino voters in Texas and 52% of all Texas voters disapprove of the Biden administration’s handling of the U.S.-Mexico border.

New polls done by The Dallas Morning News and University of Texas-Tyler illustrate that over half of Texas Latino voters disapprove of the Biden administration’s job at the U.S. southern border. This comes after images were released of more than 12,000 illegal border crossers living underneath the Del Rio International Bridge along the southern border of Texas.

On Sunday, it was reported that more than 320 migrants were flown back to Haiti and more than 3,000 migrants were moved to either planes or detention centers. U.S. Customs and Border Patrol agents say they are working as fast as possible to process the migrants in Del Rio. This requires increasing the number of agents currently deployed in that area. Homeland Security announced that 400 more Border Patrol agents would be deployed to the border “to help restore order.”

Despite the Biden administration’s attempts to restrict the media’s access to the crisis at the southern border by blocking drones in the area, voters are not fooled. The fact remains that more than half of Texas voters think the administration could do a better job of handling the crisis.