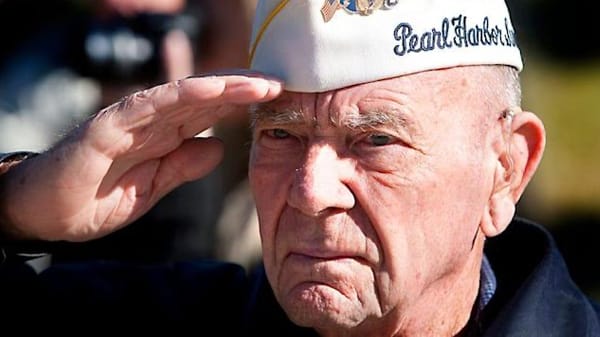 The lessons America learned from the Japanese attack on Pearl Harbor are as important today as they were 80 years ago.

Just after dawn on December 7, 1941, a fleet of Japanese fighter planes, torpedo planes, and bombers descended on the U.S. Naval Station Pearl Harbor. The attack caught the Americans stationed there by complete surprise and devastated much of the base, its ships, and its aircrafts. More than 2,400 sailors, soldiers, marines, and civilians were killed.

This attack spurred the United States to enter World War II to defeat the Nazis in Europe and the Japanese in the Pacific.

The attack on Pearl Harbor taught Americans many hard lessons. Some were obvious: We were not invulnerable, and unchecked foreign opponents can – and will – attack us on our soil. Also, to remain safe and survive as a country, we must be vigilant. We must be prepared to be surprised.

Perhaps most importantly, we learned that intransigent, self-assured bureaucracies and stubborn, antiquated leadership can lead us to death and defeat.

The fact is the surprise attack on Pearl Harbor eight decades ago, should not have been a surprise at all. We knew Pearl Harbor was particularly vulnerable to attack – especially on Sunday morning – because our own Navy had discovered this less than a decade earlier.

During a war game on February 7, 1932, Rear Admiral Harry Yarnell played the role of a militant Asian admiral (a clear analogue for Japan) and led a successful mock attack on Pearl Harbor. Yarnell was an early-adopter of air-based warfighting at a time when the Navy still favored battleship combat.

He led his attack with aircraft from two carriers anchored north of Pearl Harbor. His fighters and bombers approached at dawn on Sunday morning from the same direction that normal air traffic heading to the base would come. They then dropped mock bombs that were filled with flour on nearly every vessel and critical asset in the harbor.

Yarnell knew that the potential for a surprise attack was real, because Japan had a history of attacking enemies before it declared war on them. He also knew the U.S. Navy at the time had no preparations for such an attack.

The naval officials who oversaw the war game initially ruled Yarnell’s attack a complete success – and a total loss for the defenders of Pearl Harbor.

However, this ruling was overturned after the old guard, battleship-focused admirals complained. They claimed the surprise attack was unfair because it was air-based. They said Sunday was an inappropriate time for the mock attack. They even argued against the war game result spuriously claiming, “everyone knew that Asians lacked sufficient hand-eye coordination to engage in that kind of precision bombing.”

Because of the hard-headedness of these admirals, the wargame was largely buried. We learned no lessons from it, but the Japanese did. Nine years later, the Japanese followed Yarnell’s attack plan almost to the letter – and killed 2,403 Americans in the attack on Pearl Harbor. A few hours later, they killed 80 more at Clark Field in the Philippines.

How could history be different if the Navy had learned from Yarnell’s war game gamble – rather than refuted and dismissed it?

More pressing, are we at risk of this deadly trend repeating with one of our modern adversaries – North Korea, Iran, China, Russia, or even radical Islamic terrorist cells? Are our nation’s military and civilian leaders stubbornly clinging to the strategies they know, or are they willing to learn and develop new solutions for new problems?

If the disastrous evacuation and Taliban takeover of Afghanistan are a recent indication, it seems there are still lessons to be learned.

As we remember the brave men and women whose lives were taken in Pearl Harbor 80 years ago today, we must also remember the tragic lessons their sacrifices taught us.