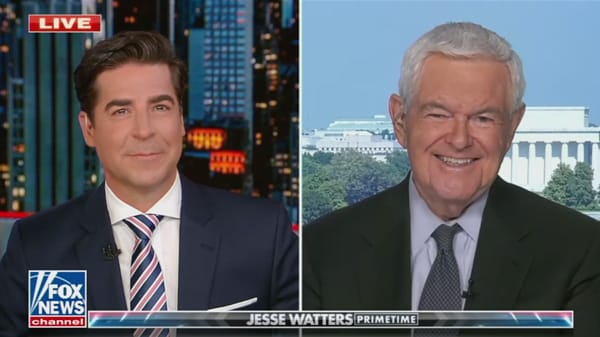 No. And I think it’s important to remember, first of all, to be fair, Jimmy Carter was a disaster, but he was a lot smarter and a lot more coherent than Joe Biden. While Carter in the end couldn’t solve the problems, he at least was there. You could imagine him as a naval academy graduate and a nuclear engineer from the submarine program. He had a kind of competence even if he was incompetent. Biden has neither. Second, I think it’s not fair to say that he is the worst president. I think Buchanan who got us into the civil war still has that title. But it would be fair to say Biden is maybe the second worst president in American history at least in term of his destructive effect. My wife Calista went out Saturday and filled up her car and came home in a state of shock. She paid $104.50 to fill up her car. I don’t care how often Joe Biden goes on comedy shows and I understand he will be on a comedy show Wednesday night. First of all, it’s not funny when you can’t find infant formula and you can’t pay for gas, and you can’t afford food and crime is going up in your city. But second, that’s the real world. The white house doesn’t understand, you know, if you are not eating in the white house mess and you don’t have air force one taking you somewhere, the world has gotten to be very expensive and very dangerous, and Biden seems to have no clue about what is going on around him.

First of all, I think you took a little bit of a cheap shot in pointing out that he went on a four day vacation. Why does it matter? He is not there when he is in the white house. He might as well not be there on a Delaware beach. It’s clear he is the commander of nothing. In my lifetime we have never had a commander of nothing. And that’s what you now have, not a commander-in-chief, but a commander of nothing. But secondly, his staff must be insane. How do you sit around in a room and say to each other I got it, we’re going to put Joe on a comedy show so we can have lots of people laughing when they can’t afford the gasoline, they are worried about getting mugged, raped, or killed, they are worried about all the illegal immigrants. They can’t afford to go and buy groceries anymore. Boy, they are going to love Joe as a comedian. You can’t imagine how dumb the white house staff must be and how out of touch with the real world to think that that would make any sense.

I would love hearing her laughing. There is a site that has 10 hours of her laughing. And I think, you know, put her on a show like that, and then recognize that she may not be vice president but you can at least be good audience for a comedy show.