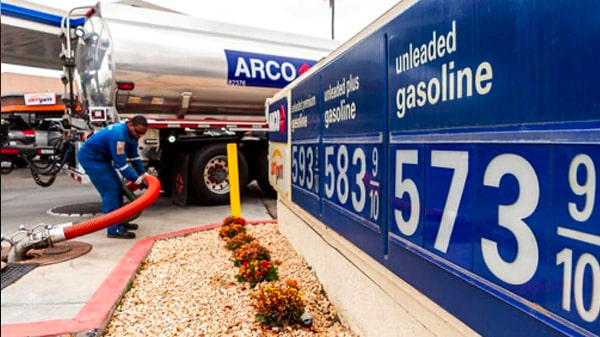 President Joe Biden, his administration, and the Democrats in Congress have forgotten a simple rule of American leadership: Real life dominates politics.

The politics of real life involve issues and problems that directly affect people every day.

When my wife Callista came home Saturday in a state of shock because filling up her car had cost $104.50, it was an example of the politics of real life.

When friends of mine with a newborn explained that no stores near their home had the infant formula their new baby needs, it was the politics of life.

When a friend of mine said he and his family were moving out of a Philadelphia suburb because the rampant crime in the city is such a threat, that was the politics of life.

The politics of real life grow out of things which directly affect your life, your family’s life, or your neighbor’s life.

The politics of politics are what Washington incumbents, news media, interest groups, and lobbyists focus on.

When immersed in the hot house of Washington – and all the gossip Washington can generate – the politics of politics can seem important.

But in the country at-large, people know that putting food on the table is important. The backbiting and infighting in Washington do not impact their lives.

The unfolding crisis for Democrats is that they can’t solve any of the pain their policies are causing in the politics of real life.

Democrats can’t control their spending or increase production to mop up inflation without causing major pain.

Democrats can’t increase oil and gas production to bring down prices, because their left flank is committed to destroying fossil fuels.

Democrats can’t adopt a tough-on-crime, pro-police, anti-criminal policy, because their activist interest groups believe deeply in an anti-police ideology. They want no bail – and limited prison time – no matter how badly or dangerously criminals behave.

On practical issue after practical issue, the ideology of the left forces its adherents to adopt destructive positions which simply don’t work in real life.

Parents may object to open discrimination in schools, but the teachers’ unions are dominated by true believers who believe in the woke ideology. They regard parent opposition as a further example of white privilege and oppression.

Democrats are losing support from real-life Americans every day (just look at recent generic ballot polls). And since the Democrats can’t find any answers to the politics of real life, they are focusing on issues that are within the politics of politics.

The Jan. 6 Committee is a superb example of inventing an issue based on the politics of politics. Democrats and the media will continue to get hysterical about it. They will go to extremes to raise it as an issue. And they will assume their passion and certainty can move the American people to take it seriously. But it’s still not a real-life issue.

We have two great examples this week.

First, the Jan. 6 Committee has brought in a professional producer to stage a Thursday night “investigation extravaganza.” This will be the Democrats’ desperate effort to convince the country something cataclysmic happened last year. The elite news media will cover it intensely, and the average American will ignore it intensely.

Second, in one of the most self-destructive presidential scheduling decisions I have seen in my entire life, President Biden will go on a late-night comedy show on Wednesday night.

The entire country is in pain. Having Joe Biden do a comedy show – after spending months avoiding serious media – verges on insanity. Americans who are suffering and scared want a serious leader who is fixing their problems. Trying to generate laughter while people can’t afford buy food, get infant formula, or fill up their cars to go to work is just nuts. Projecting humor as people are being killed, raped, mugged, robbed and car-jacked in our nation’s major cities is about as tone deaf as you can possibly get.