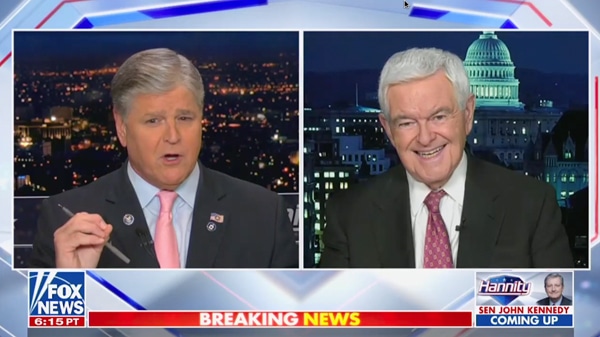 If you really look at his positions, he is probably more radical than almost any Democrat in the senate right now because he is even more radical than Bernie Sanders. He’s kind of like the next generation of radicalism. If you watch his campaign, you’ll see something you’re going to see all over the country. None of these people can defend their record. None of them can defend Joe Biden. NBC News reported this morning that he is the most unpopular president in 80 years. More than 3 out of 4 Americans believe we are on the wrong track. So, guys who have done nothing the whole life except politics, that’s what Fetterman is he is a career politician, he’s never done anything in the private sector that matters, has no understanding of it. He has got to play games, he’s got to dance around Dr. Oz, he’s got to try to find gimmicks. If he gets pinned as you just did to his real record, he’s gone. It’s hopeless. Pennsylvanians aren’t going to vote to legalize heroin. They are not going to vote to destroy western Pennsylvania’s energy industry. By the way fourth biggest energy producer in the United States is Pennsylvania. They’re not going to vote for somebody who keeps releasing murderers, rapists, armed robbers at a time where they already has a crime wave. On every real issue I think Fetterman has a problem, but he is typical of what we are seeing around the country. In Georgia, you have Warnock who was voted overwhelmingly with Joe Biden at a time one in Georgia, Biden is down in the low 30s. If it becomes a Warnock-Biden vote, Warnock doesn’t have a chance of coming back. You have the same thing with Kelly in Arizona. They have had over 1800 opioid deaths. They have had hundreds of thousands of people cross the border. Does Kelly fight to get more border agents? No. He votes for 87,000 new IRS agents to control us, the American people, not any extra border agents to control illegal immigrants. So, Kelly trying to defend that in a state that is overrun with the consequence of illegal immigrants, you are seeing this in race after race around the country, The Democrats cannot debate the issues. They cannot defend their votes. So they try gimmicks to try to keep the Republicans off balance.

It’s kind of amazing that Barack Obama who is very sensitive about these issues four or five years ago, never said anything about Fetterman. He had a shotgun, and he held this guy with a shotgun to the police came and that it turned out of the guy was an innocent jogger out exercising. So, it’s kind of weird. I think it goes deeper than that. What you have today outside of maybe the University of Pennsylvania faculty, you have in Fetterman, somebody so radical he can’t possibly represent the people of Pennsylvania. I think that’s what makes all of this dangerous. We just saw this in Wyoming where Liz Cheney was repudiated getting only 29% of the vote. And I think that’s because you have this growing gap. I suspect the average Pennsylvania looks at Dr. Oz’s real record, looks at Fetterman’s real record and asks themselves which person is going to fight for Pennsylvania in the U.S. Senate, I have a hunch that Oz is going to win a surprisingly big victory because there’s no evidence that Fetterman, other than being for legalization of marijuana and heroin and setting up drug centers around the country and cities, paid for by the taxpayers to go get your shot from a government employee in a nice safe space if you’re a heroin addict. People are going to look at that and say that’s not us. And I’m sure that’s not the future Pennsylvania that I want to live in.