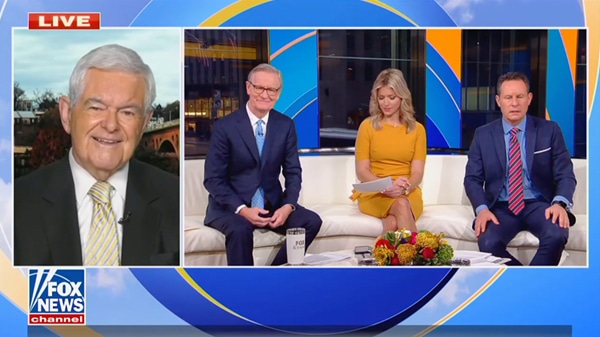 Look, I mean, the Biden administration, I think, wants a weaker and weaker America and is willing to facilitate and help dictators around the world. You will notice that they have not intervened on behalf of the Iranian demonstrators for example. And their whole policy on natural gas and oil verges on insane. We could be supply western Europe with a huge volume of natural gas which would bring us money which would strengthen western Europe which would weaken Russia. We’re not doing any of that the result eastern Europeans are going to face a very severe problem and I think their relationship with us is going to weaken because of the pain level.

This is a problem we’ve had in North Korea and problem every anywhere where you have a dictatorship. Dictator makes sure first of all his secret police and military get the bulk of the money. His cronies and his friends get the bulk of the money. Some of them trickle down to the poor but, again, here is another example just as John Kerry and Iran during the Obama years where have you got a willingness to give away billions to a dictator who has not changed. Who is not in any way pro-democracy and who is totally unreliable. I think these people think we are fools and around the world there must be this dictator’s club where they call each other and say did you see what the dumb Americans just did? Why don’t you try something? If I was a dictator somewhere around the world I would be trying to figure out how to get money out of the U.S. because Biden seems eager to shovel it out.