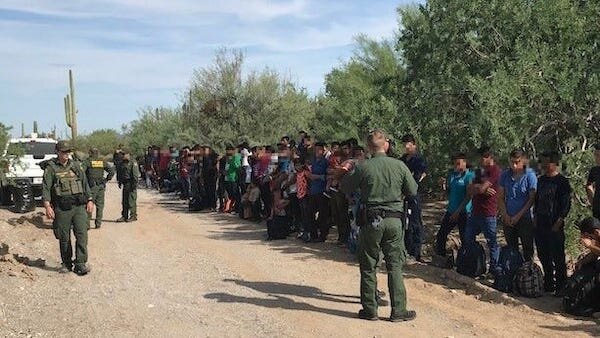 Gov. Doug Ducey declares State of Emergency due to surge of migrants coming to US southern border—deploys National Guard troops to help with medical operations.

Following President Joe Biden’s recall of Trump Era immigration orders, the US–Mexico border has seen a steady influx of migration. In March alone, US Customs and Border Patrol made 168,000 arrests, compared to only 71,000 in December. The flood of migrants has affected communities all along the southern border, as many are concerned for their safety.

On Tuesday, Arizona Gov. Doug Ducey said, “The US Border Patrol is overwhelmed. Local law enforcement and mayors are calling out for help.” In an effort to help, the governor has declared a state of emergency and plans to deploy 250 National Guard troops to the Arizona border.

The governor went on to say, the surge is a direct result of the bad policy coming from the Biden administration.

Read more about Gov. Doug Ducey declaring a state of emergency at the southern border at the Wall Street Journal.