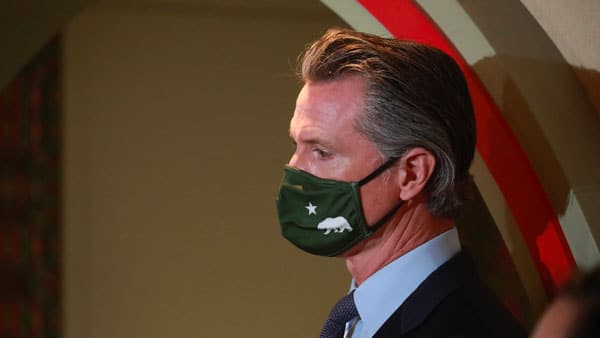 Why should you care about the downfall of California? Because it foreshadows what the Democrats want for our nation.

As a California native, my parents always talk about the “good ole days,” when California was home to the movie-star hopefuls of Hollywood Boulevard, the glorious Sierra mountains, and the must-see Golden Gate Bridge. Unfortunately, that’s a California I’ve never experienced. The only California I know is one where Hollywood Boulevard is a tent city rampant with unchecked gang activity, the mountains endure an annual  fire season because of forest mismanagement, and pedestrians must step over human feces and needles to get to the Golden Gate Bridge.

The iconic state that inspired the song “California Dreamin’” doesn’t exist anymore. No one can pinpoint where the state went wrong, but one thing is certain: Democratic leadership has accelerated the decline. The California Democrats have implemented the highest tax rates in the nation (up to 13.3 percent), liberalized drug policies that augment the homelessness crisis, and imposed some of the strictest lockdowns in the nation during the pandemic.

Governor Gavin Newsom is the most recent purveyor of California’s decay. Californians are starting to realize that the “Golden State” needs a change of leadership or it will never get back to its former glory.

This past week, California’s secretary of state verified that the recall movement for Governor Gavin Newsom submitted 1.6 million signatures, which is enough to qualify for a special election later this year. The last time California saw a recall election in 2003, Arnold Schwarzenegger became governor.

Unfortunately, Newsom is expected to prevail in the recall election with a recent poll showing that 56 percent of likely voters won’t vote to remove him. The recall effort may be Californians’ last chance to save their state from extreme progressivism, so if Newsom survives the special election, California will continue to spiral into a pit of radical progressivism and human feces (literally). In case this happens, many fed-up Californians are already taking precautions: they are fleeing the state.

Republican states largely gained seats following the census while Democratic states widely lost seats, showing that Americans are tired of the Democrat-way of running states. Californians know first-hand that the Democrat way is not the right way, and so they escape to Republican states.

There are countless articles claiming that California lost a seat in the census because Trump’s strict immigration policies stopped immigrants from moving there. The liberal media’s excuses are sounding less and less convincing. The reality is that the influx of immigrants can’t cancel out the number of people leaving the state.

Governor Newsom cannot claim innocence in the face of this census data. Something is causing Californians to leave the state, and it is not the gorgeous beaches and fresh produce from its Central Valley. California’s problem is its Democratic leadership and radical policies that force Californians to flee.

The census data paints a dark future for California and other Democrat-run states and proves what we’ve known for a long time: Democratic leadership ruins prosperous states. The ruin doesn’t stop until the land is unrecognizable from the shining beacon it once was. California is a prime example.

This problem affects Americans who don’t live in California, too. Vice President Harris and Speaker of the House Nancy Pelosi both hail from California and want to bring its policies to the nation. We have to stop the Democrats from making our beautiful country anything like California, and cannot be fooled when politicians try to sell California as the gold standard of policy execution.

I am hopeful that California will one day return to the place of my parents’ memories, but until then, I plan to stay far away from California and its radical way of governing. I hope our politicians do too.

“The views expressed in this article do not reflect the views of any person or institution other than the author.”