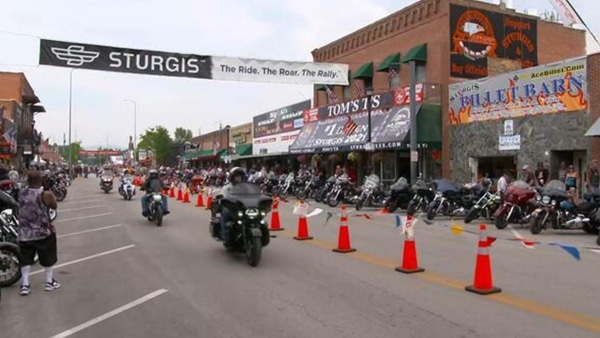 How Gov. Kristi Noem encourages personal responsibility while upholding the principles that make America special: An inside look at the Sturgis Motorcycle Rally.

South Dakota Gov. Kristi Noem penned a heartfelt op-ed about the importance of freedom and independence, inspired by the annual Sturgis Motorcycle Rally. Every year, bikers from across the nation come to South Dakota to celebrate the thing they love most, while being surrounded by open roads and historical landmarks.

Noem explained that they “say they’re coming to South Dakota specifically because it reminds them of the America they grew up in. Free. Independent. Unburdened by the constraints and headaches that big cities and liberal ideology forced upon them.”

Noem attributed this season’s record-breaking tourism numbers to the freedom inherent to South Dakota. The state motto of South Dakota is “Under God the People Rule.” For Noem, “That’s an easy standard to live and serve under…”

This standard helped South Dakota become the No. 1 state in the U.S. for GDP growth. Moreover, this unrelenting independence is what drives both businesses and tourism to grow. South Dakota also has some of the lowest COVID-19 case numbers in the country.

While the mainstream media disparages those who attend the rally, Noem makes sure to point out the double standard. She said the bureaucrats of Washington D.C. are simultaneously bashing South Dakota while “ignoring concertgoers, lavish birthday parties and the continuing crisis at the U.S.-Mexico border.”

In times of crisis, there is no better solution than freedom. To read Gov. Noem’s op-ed in its entirety and learn more about the importance of Sturgis, visit Fox News.