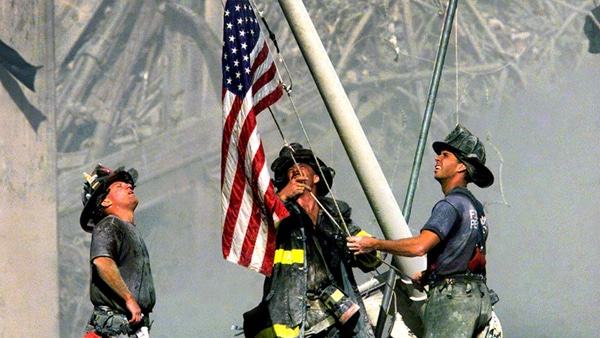 September 11 marks the 20th anniversary of one of the most devastating tragedies in American history.

Today we remember the 2,977 lives that were tragically lost in New York City, Washington D.C., and Somerset County, Pennsylvania at the hands of 19 al-Qaeda terrorists.  When the first plane struck the North Tower of the World Trade Center at 8:46 am on September 11, 2001, the terrorists were not only attacking our homeland, but the very heart of our nation.

Recently, the world watched as the Taliban, which openly supported and provided sanctuary to al-Qaeda, reimposed its reign of brutality and violence in Afghanistan.  The disastrous military withdrawal in August – which led to the Taliban’s return to power, the deaths of 13 American troops, and a refugee crisis – has augmented the suffering of the Afghan people and empowered the very terrorists that the United States spent decades fighting.

Now, America is left with tough realizations about our involvement in our longest war.

Policymakers and military leaders must ask what we can learn from the past 20 years.  The seven takeaways in the Special Inspector General for Afghanistan Reconstruction’s August report are eye-opening.  According to the report, “The U.S. government continuously struggled to develop and implement a coherent strategy for what it hoped to achieve.”

The report’s conclusions deserve careful study and critical analysis.  By learning from our successes and failures in Afghanistan through a dedicated, objective effort, we are best equipped to overcome future threats.

Additionally, Americans must continue to honor the sacrifices of those who were killed on September 11, 2001, as well as those who gave their lives in the ensuing 20-year war.  In addition to the thousands killed in the terrorist attacks on 9/11, more than 15,200 American service members, contractors, and civilians died fighting the Global War on Terror.

Those fortunate to return home have been burdened by the bureaucracy, which has failed to provide quality health care for our American soldiers.

As we commemorate this anniversary, we are reminded that America is a nation worth protecting and fighting for.

On the morning of 9/11, the world saw that the American spirit was the greatest threat to terrorism, totalitarianism, and oppression.  As President George W. Bush said, “Today, our nation saw evil – the very worst of human nature – and we responded with the best of America.”

The determination to confront any crisis and to overcome great challenges defines who we are as a people and a nation.

In recent months, Americans have confronted hardship with the same grit, resilience, and selflessness as we did 20 years ago.

As many struggled to flee Afghanistan during the recent takeover, organizations such as Samaritan’s Purse and All Things Possible courageously supported evacuation efforts.

Following the recent devastation of Hurricane Ida, countless communities came together to provide food, medical aid, and supplies for those who had been affected by the storm.

And throughout the COVID-19 pandemic, nurses, doctors, and health care workers stood on the frontlines of the crisis to treat and heal those who were sick.

On this 20th anniversary of the 9/11 terrorist attacks, we honor the American spirit and remember and pray for all those who lost their lives on that fateful day.