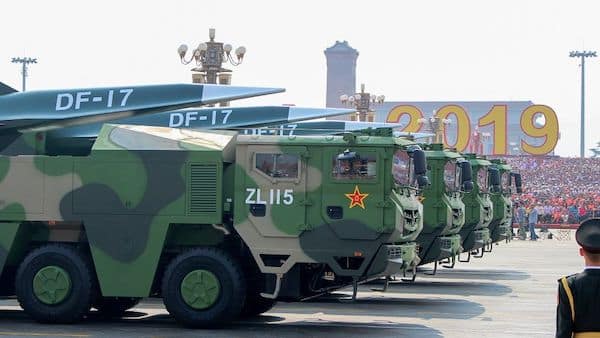 While China looks to asserts itself as the top global power, the United States must develop a strategy to compete with the developing strength of the Chinese.

Recent reports on China found that the nation has combined two advanced missile technologies to create an orbital hypersonic missile. This new weapon can orbit into space before it is released at its target. Equipped with a nuclear capable guide vehicle, the missile can fly at low altitudes before it is released. This new development has left Biden administration officials scratching their heads wondering about this technology. The only explanation is that China, led by Xi Jinping, is setting its sights on transforming the Chinese military and preparing for a new Cold War.

Nuclear disarmament advocates previously held China as a model for minimum deterrence. Its “no first use” policy, was well regarded by Americans. However, all-the-while the Chinese were building a nuclear supply that will quickly surpass Russia’s. In fact, China has been building long-range missile silos to accommodate its growing fleet.

As China develops new weapons and stores them across their country, the United States has made few upgrades to its missile defenses. Maintenance and upgrades in the U.S. will make minimal differences compared to the rapid changes in Chinese technology.

Perhaps the most concerning is that China’s new hypersonic missiles could evade U.S. early warning systems. The hypersonic missiles move at a rate which could avoid U.S. space and land radar systems and satellites.  While China looks to asserts itself as the top global power, the United States must develop a strategy to compete with the developing strength of the Chinese.