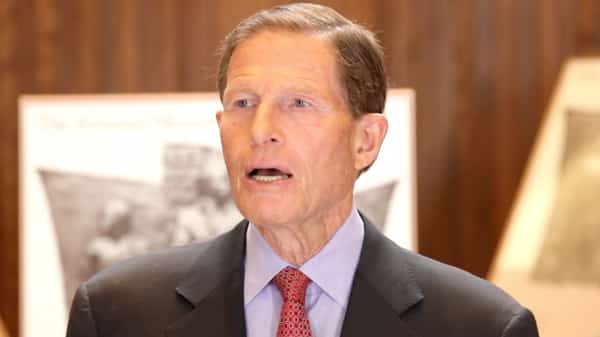 Sen. Blumenthal’s attendance at the Connecticut Communist Party Awards Celebration is a New Low for the Big Government Socialist.

The story that Sen. Richard Blumenthal delivered a speech and presented awards at the Connecticut Communist Party is astonishing. The Communism Memorial Foundation has recorded more than a hundred million victims of communism worldwide. This award ceremony was a recruiting event, and Sen. Blumenthal was effusive, thanking them for their help and support over the years.  Sen. Blumenthal, a net worth of over $100 million, is one of the wealthiest members of Congress.

I thought becoming a Big Government Socialist was bad enough. Still, now you have all the Democrats acting as socialists, and apparently, they’re creating room for both a communist wing and an Islamic extremist wing. So, it’s a party that is just spinning out of control.