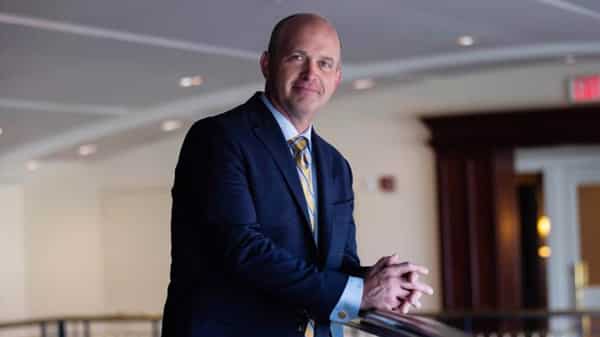 The Heritage Foundation has been at the forefront of American politics for decades. I believe it is the nation’s premier conservative think tank. With more than 500,000 members, Heritage’s reach is insurmountable. In 2020 alone, Heritage held meetings with more than 150 congressional staffers, almost 90 executive branch officials, 62 candidates, and more than 200 dignitaries from embassies around the world.

It also has a new president in Dr. Kevin Roberts.

Dr. Roberts has a Ph.D. in American History from the University of Texas in Austin and spent many years as a professor at the collegiate level. However, after feeling pulled away from universities, Dr. Roberts founded a K-12 Catholic liberal arts school in Lafayette, Louisiana. He also served as the president of Wyoming Catholic College.

On a recent episode of my podcast, Newt’s World, I sat down with Dr. Roberts to discuss his background and the future he wants for The Heritage Foundation.

Before accepting the job at Heritage, Dr. Roberts served as chief executive officer of the Texas Public Policy Foundation (TPPF) based in Austin, Texas. Under his leadership TPPF doubled in size and expanded its reach. Today, TPPF is the largest state think tank in the United States. Now, Dr. Roberts is going to take what he learned as CEO of TPPF and apply it in his new position as Heritage’s seventh president.

When I asked Dr. Roberts to lay out his mission for The Heritage Foundation moving forward, he explained that the nation will see Heritage respond to this moment in American history and politics with great energy and momentum. Staying on offense will be Heritage’s new strategy.

Dr. Roberts also said Heritage will be more active at the state level. He believes this can be done without costing Heritage its identity as the headquarters for the conservative movement in Washington D.C.  However, he stressed that a greater interest in the states is essential considering that the American people have become so skeptical about D.C.– skepticism he does not think is misplaced.

Finally, he said Heritage would move away from partisanship. He wants Heritage to focus on what the American people need – better policy and leadership.

Of course, in this political climate, some partisan fights must be had. But as Dr. Roberts told me,  “[T]hose are not just in the backseat, they’re in the trunk of the car. The car needs to be driving toward a prosperous, free America that gets us to a higher level of self-governance.”

Heritage has a lot of exciting things in store with Dr. Roberts’ leadership.