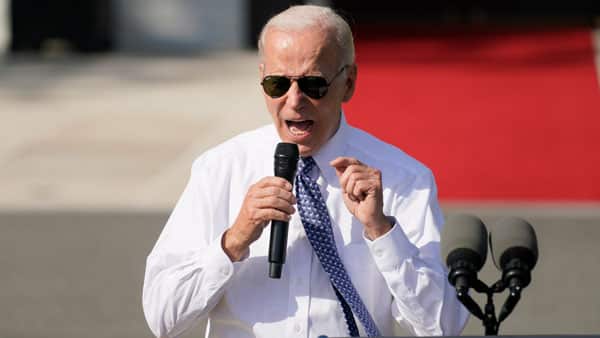 The only solution to the country’s cost-of-living crisis is a big Republican victory in November. We must bring spending and regulations under control and start returning to an America that works.

The scale of the Joe Biden-Big Government Socialists’ disaster is becoming more obvious.

Scott Rasmussen has reported that 88 percent of Americans agree we are in a cost-of-living crisis. In fact 66 percent – two of every three people – said it is a serious crisis.

On Tuesday, economist Steve Moore, in his invaluable Unleash Prosperity Hotline, reported that Biden’s Big Government Socialist program had dropped real earnings by $3,000 for the average American in less than two years (with even more cuts to real income coming down the road). For 17 consecutive months under Biden, the cost of living has risen faster than wages.

The most recent Consumer Price Index Report had an average rise of 8.3 percent. But even this understates the pain in key areas. Fuel oil is up 68.8 percent (watch New Hampshire and northern Wisconsin and Michigan as this hits home in October). Electricity is up 15.8 percent, and more than 20 million American families are already behind in paying their electric bills.

The biggest impact may be on the price of food, which is up 8 percent at restaurants but a staggering 13.5 percent at the grocery store. This is the largest jump in grocery prices in 43 years. Grocery bills are almost certain to go up in September and October as the combined effects of the food disruption from Ukraine and Russia, the drought in a good bit of American farmland, and the drought in Brazil combine to drive up the price of food. Beef, for example, may face a supply shortage and skyrocketing prices.

As the U.S. Bureau of Labor Statistics reported:

As the outlet reported:

“‘Based on the Pentagon’s own data, 24% of enlisted personnel are food insecure,’ said Mackenzie Eaglen, an analyst at the American Enterprise Institute. ‘While food stamps are a Band-Aid, they’re also an admission that basic pay for enlisted troops and their families is too low – further exacerbated by unyielding inflation causing paychecks to shrink more.’”

It’s no wonder there is a recruiting problem in the military. We are asking young men and women to risk their lives for our safety and freedom in exchange for a salary structure which will require them to apply for food stamps to feed their families.

In the middle of this cost-of-living crisis Biden and the Big Government Socialists proved how out-of-touch with reality they are when they scheduled a White House event to celebrate the dishonestly named, Inflation Reduction Act.

The Democrats celebrated a bill that most Americans believe will increase inflation because of its increased government spending. At the same time, the new, higher inflation rate was announced, and it made their message ridiculous – but they stayed on message. As the Dow Jones Industrial Average dropped 1,200 points over the new inflation numbers, Biden and the Big Government Socialists congratulated themselves on spending more money.

The only solution to this cost-of-living crisis is a big Republican victory in November. We must bring spending and regulations under control and start returning to an America that works.

Otherwise, the economy will continue getting more painful and destructive.