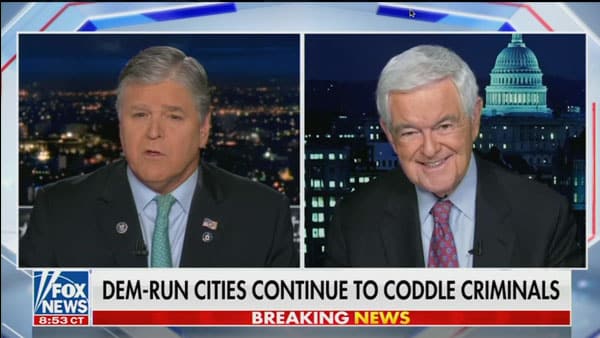 Well, I think it’s fair to say that every one of those affects people in their lives. When you look at the price of groceries. I think Cheerios is now close to $7 a box and the boxes are getting smaller. You look at the price of gasoline going back up. I filled up my car at $5.09 a gallon. You look at what is going to happen in New Hampshire as heating oil will be purchased in September and October. Which is part of the reason I think that senator Hassan is going to be defeated. You go around case by case. The issue of open borders with huge amounts of fentanyl and other drugs coming across. We are doing a podcast in the near future with somebody from El Paso where they are estimating 1,900 new illegal immigrants per day. Folks on Martha’s vineyard found 50 immigrants to be terrifying. Well, El Paso is now dealing with 1,900 a day. Then you come to crime. My point is the one which senator Daniel Patrick Monaham wrote about in the early 1990s in an essay called Defining Deviance Down. He said basically look, if you get to a point where you tolerate something, then it becomes common. And then you tolerate the next thing down and the next thing down. You now have district attorney’s across the country, this is one of the very strong points of the House Republican Commitment to America that they are going to measure the number of district attorneys who refuse to arrest people and they’ll not going to get any federal grants. There is a clear cut off that says if you are not enforcing the law we won’t give you resources. And they will make sure that the people of that city or area understand their district attorney favors criminals over the innocent which of course is a major issue in Pennsylvania where Fetterman the Democrat has 2 convicted murderers on his payroll. Has voted 25 times to release murderers who no one else on the patrol board would vote for to release. This whole question of do you want a murderer in your neighborhood or do you want them in prison. If you want them in your neighborhood vote for Fetterman. If you want them in prison, vote for Oz. This is going to be true across the whole country and frankly it’s a threat to the very fabric of our civilization. You cannot have a civilization without this level of violence.

I think it is to do exactly what Ronald Reagan did, that is pick the big issues, stick to them, and repeat them every single day. When you are getting totally bored saying the same thing you are beginning to penetrate and reach the voters. A great issue let’s go back to murder. Atlanta now has a higher per capital index of crime than the city of Chicago. What is senator Warnock’s answer for that? You talk about Arizona, Mark Kelly voted against hiring more border patrol and ten hours later voted to hire 87,000 IRS agents. How many Arizonians you think, think we need more IRS agents and fewer border patrol. People will pick the big issues that are in people’s lives I agree entirely with your earlier guest who said stick to the issues that are right there at the kitchen table. You will find parents right to know what is going on in their children’s school that’s an 84% issue. We have a whole program called America’s new majority project. You look at it. It’s clear where the country is.