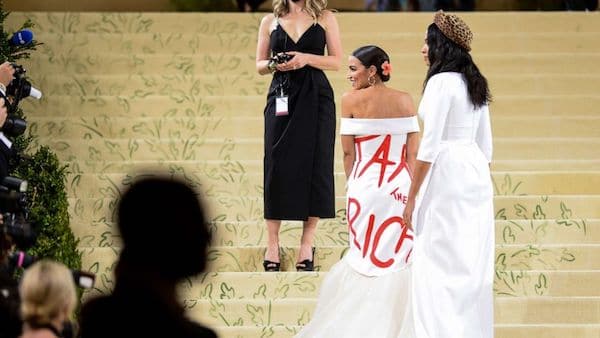 The effort to recall California’s Democratic Gov. Gavin Newsom may have failed, but the left should be worried. For this podcast, Anna tells you why Newsom’s popularity is waning, conservative challenger, Larry Elder isn’t going anywhere, and the Democrats’ mantra of “rules for thee but not for me” is turning off more and more voters. Plus, Anna exposes the troubling evidence of possible vote tampering in California. Maybe it was all accidental, but we need an investigation to learn more. Anna then takes you behind the scenes of her recent meeting with the one and only President Donald J. Trump — and explains what she learned about his plans from their time together. And if that’s not enough, Anna takes AOC to task for her viral appearance at the Met Gala, where she had the audacity to call for taxing the rich while rubbing elbows with our country’s richest elites.