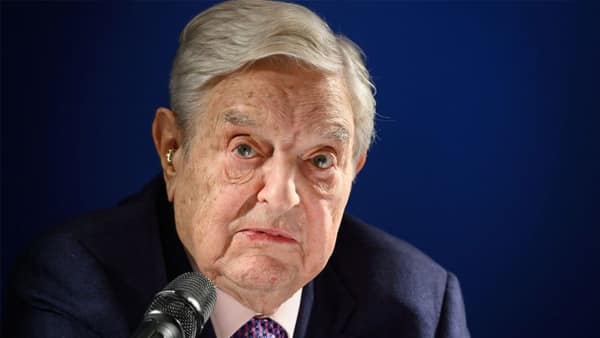 It should bother Americans that George Soros is bankrolling the organization whose members harassed Sen. Kyrsten Sinema in the bathroom.

According to a new report from an NBC affiliate in Las Vegas, billionaire George Soros is funding the far-left organization harassing Sens. Joe Manchin and Kyrsten Sinema. It is hard to comprehend why Sorors hates America since it has helped him build most of his wealth. These harassment tactics resemble those of the Nazis in Germany, Stalin’s Russia, or Mao’s China. The President’s nonchalant attitude that it is “nothing unusual” is despicable. If a conservative group had done this, there is no doubt the propaganda media would be non-stop in its coverage, including calls for the FBI to investigate.

You must admire the calmness with which Sens. Sinema and Manchin responded. But it’s not a good sign for the future of how we’re going to try to write the law in the United States using strong-arm threats to sway elected representatives.