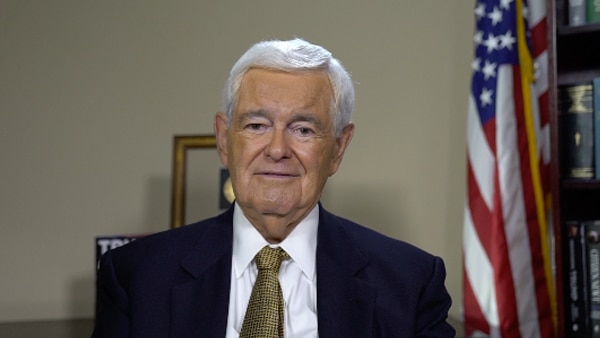 In this exclusive video from Newt, he gives his take on President Biden’s address to the nation after the last troops left Afghanistan.

You know, I was ask why Biden was so angry yesterday. I think the reason is that he had hoped to sort of sneak out of Afghanistan have a great victory speech on 9/11, explained that he had successfully ended the 20 year war. And instead of just became a nightmare the Taliban didn’t cooperate the president himself has said that maybe 10% of the Americans are still left behind. And so I think he just wants to get it over with, I think that’s why when he went to Dover to welcome the dead who had come back from being killed in Kabul, and he was there with the gold star parents who lost their loved ones. I was told by one of them move on, I saw on television Fox that every single casket that came off an airplane, he looked at his watch.

I know at least three times he looked at his watch. Now for president of the United States whose orders led to the death of 13 young Americans to be impatient, to not have time for them to not be able to pay respect to them is astonished. And then the gold star parents also pointed out that when he met with them, he couldn’t talk about their children. I think out of guilt, I think deep down, he knew he had ordered them to a mission that was totally unnecessary under circumstances where they couldn’t be protected. And that in fact, he had had an effect ordered 13 young Americans to die. So I think that you have a situation where you have a really angry person who just wants to get beyond all this. And he wishes the rest of us would quit talking about it and thinking about it.

And yesterday speech was, I thought, astonishingly angry. It’s the opposite of the tone. I think he wanted to give, cause I think he wanted to have a positive, upbeat, successful speech about getting out of Afghanistan. And instead he now knows that the way in which he left Afghanistan will be a stain on the owner of the United States forever. It will be a stain on his presidency and that it’s not going to go away. People are going to demand information. They’re going to demand knowledge. They’re going to demand that Jared Sherman, the joint chiefs, Millie and secretary of defense Austin be fired. And Biden is totally delusional. If he thinks you can have a disaster of this scale and just hope that it will wander off and we can be on a new topic by next week, not going to happen. And that’s, I think why he was so very angry.